Answer: a
Explanation: Saccharomyces cerevisiae is also known as baker’s yeast. This yeast is used for fermenting wheat flour after it is kneaded. Similarly, the dough which is used for making bread is also fermented using baker’s yeast.

2. Which of the following gas is responsible for the puffed-up appearance of the dough?
a) NH3
b) CO2
c) O2
d) CH4
View Answer

Answer: b
Explanation: The dough which is used for making foods such as dosa and idli is fermented by using bacteria like Streptococcus. The puffed-up appearance of this dough is due to the production of CO2 gas.

3. Which of the following enzymes is not produced by baker’s yeast?
a) Amylase
b) Maltase
c) Zymase
d) Lactase
View Answer

4. Which of the following bacteria are used for fermenting idli and dosa?
a) Leuconostoc mesenteroides
b) Streptococcus thermophiles
c) Lactobacillus bulgaricus
d) Lactobacillus acidophilus
View Answer

Answer: a
Explanation: Rice and black gram are soaked overnight, washed, mixed and ground. The mixture is allowed to undergo fermentation with the help of Leuconostoc mesenteroides and Streptococcus faecalis.

5. Which of the following household product is not made from Soybean?
a) Tempeh
b) Yoghurt
c) Sofu
d) Soy sauce
View Answer

Answer: b
Explanation: Soybean products include Tempeh, Sofu, Tofu and soy sauce. Sofu and Tofu are cheese-like products of soybean obtained after fermentation with Mucor species. While tempeh is an Indonesian food formed by fermenting, drying, salting and frying of soybean.

6. What is the full form of the LAB?
a) Lactic acid Biuret
b) Lactobacillus
c) Lactose basidia
d) Lactic Acid Bacteria
View Answer

7. Milk is a better product than curd.
a) True
b) False
View Answer

Answer: b
Explanation: Curd is a better product than milk as it removes lactose which some people are allergic. It contains B12 and other vitamins. Curd also possesses antimutagenic and anti-cancerous properties.

8. Which of the following statement is incorrect regarding Yoghurt?
a) It is a fermented milk
b) Mixed with an inoculum containing Streptococcus faecalis
c) Preparation takes approximately 4-5 hours
d) The original flavour of yoghurt is of acetaldehyde
View Answer

Answer: b
Explanation: Yoghurt is fermented milk. The milk is heated to 80-90°C for half an hour and then it is cooled to 40-43°C and mixed with an inoculum containing Streptococcus thermophilus and Lactobacillus bulgaricus. Preparation of yoghurt takes approximately 4-5 hours. The original flavour of yoghurt and other fermented kinds of milk is of acetaldehyde.

9. Koumiss is fermented milk where a mixture of lactic acid bacteria and yeast are used.
a) True
b) False
View Answer

Answer: b
Explanation: Koumiss is fermented greyish white milk of east European countries which uses a mixture of Lactobacillus bulgaricus and Lactose fermenting yeast. Kefir is fermented milk where a mixture of lactic acid bacteria and yeast are used as kefir grains.

10. Which of the following viruses is depicted in the diagram below? 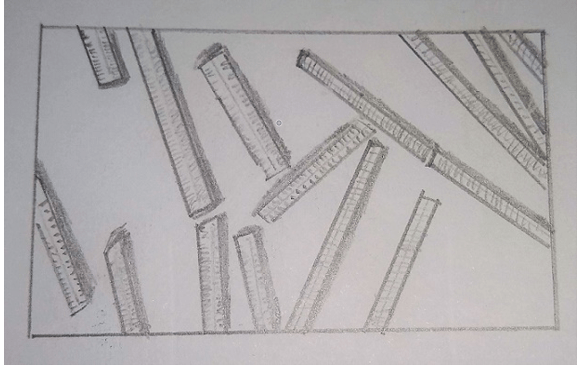 Answer: a
Explanation: The given diagram represents the Tobacco mosaic virus which is magnified about 1,00,000-1,50,000 times. D.J. Ivanowsky recognised certain microbes as causal organisms of mosaic disease of tobacco. They were smaller than bacteria because they passed through the bacteria-proof filters.

11. Which of the following parts of a bacteriophage is labelled incorrectly? Answer: c
Explanation: The correct labelling of the diagram of bacteriophage is given as follows: 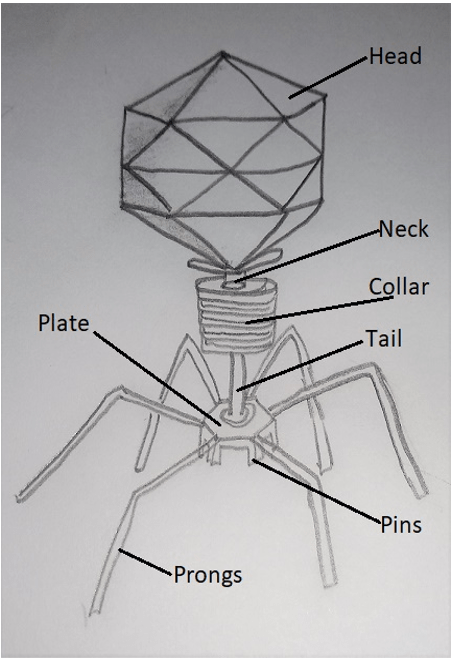 Bacterial viruses or bacteriophages-viruses that usually infect the bacteria, are usually double-stranded viruses.