1. Which of the following is not an aspect of animal breeding?
a) Improve desirable qualities of breeds
b) Increasing the yield
c) Making diseased organisms
d) Making disease resistance breeds
View Answer

Answer: c
Explanation: Breeding of animals is an important aspect of animal husbandry. Animal breeding aims at increasing the yield of animals and improving the desirable qualities of their produce and making them disease resistant.

Answer: a
Explanation: A group of animals related by descent and similar in most characters like general appearance, features, size, configuration, etc., are said to belong to a breed.

3. Animals are selected for breeding on the basis of all of the following except ______
a) Mammary system and udder
b) ratio of yield to diet
c) Having long ears
d) Disease resistance
View Answer

Answer: c
Explanation: Animals are selected for breeding on the basis of quality and quantity of yield, the ratio of yield to diet, duration of reproductive period and lactation, mammary system and udder and disease resistance.

Answer: a
Explanation: Inbreeding refers to the mating of more closely related individuals within the same breed for 4-6 generations. The breeding strategy is as follows-superior males and superior females of the same breed are identified and mated in pairs.

5. Crosses between different breeds are called inbreeding.
a) True
b) False
View Answer

6. Which of the following is not associated with inbreeding?
a) Mating between animals of unrelated species
b) Elimination of undesirable characters
c) Increases homozygosity
d) Causes inbreeding depression
View Answer

Answer: a
Explanation: Inbreeding is the mating between the animals of the same breed having common ancestors up to 4-6 generations. Inbreeding increases homozygosity. It is also responsible for the elimination of undesirable characters and it causes inbreeding depression.

7. Which of the following type of animals breeding is used to develop a pure line in any animal?
a) Outcrossing
b) Crossbreeding
c) Hybridisation
d) Inbreeding
View Answer

Answer: d
Explanation: Inbreeding increases homozygosity, thus inbreeding is necessary if we want to evolve a pure line in any animal. Inbreeding also exposes harmful recessive genes that are eliminated by selection. It also helps in the accumulation of superior genes and the elimination of less desirable genes.

9. Which of the following is the best breeding method for animals which are below average in productivity?
a) Out-breeding
b) Out-crossing
c) Inbreeding
d) Interspecific hybridisation
View Answer

Answer: b
Explanation: Out-crossing is the practice of mating of animals within the same breed, but having no common ancestors on either side of their pedigree. The offspring of such a mating is known as an outcross. It is the best breeding method for animals that are below average in productivity in milk production, the growth rate in beef cattle, etc.

10. Which of the following is not included in out-breeding?
a) Out-crossing
b) Cross-breeding
c) Inbreeding
d) Interspecific hybridisation
View Answer

Answer: c
Explanation: Out-breeding is the breeding of the unrelated animals which may be between individuals of the same breed but having no common ancestors for 4-6 generations (Out-crossing) or between different breeds (Cross-breeding) or different species (Interspecific hybridisation). 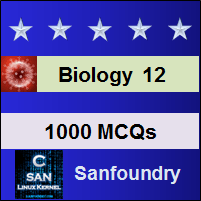