1. For an object of mass “m” in motion, its kinetic energy depends on the modulus of its acceleration vector.
a) True
b) False
View Answer

2. When a body is falling freely under the influence of gravity, the kinetic energy remains constant.
a) True
b) False
View Answer

Answer: b
Explanation: When a body is falling freely under the influence of gravitythe kinetic energy changes as velocity changes and the potential energy changes because of change in height, However, because of the law of conservation of energy, the total mechanical energy remains constant.

3. Two identical balls of mass “m” are released from rest from a height “h” on two ramps of different inclinations as shown in the figure. Which of the following is true for this scenario? Assume all surfaces to be smooth.

Answer: a
Explanation: The energy equation for both the particles is given as;
(1/2) x m x v2 = m x g x h
g = Acceleration due to gravity
We can see from the above equation that inclination has no effect over the velocity when the surfaces in contact are smooth. Hence, the time taken to cover the same displacement (h) with equal velocities will also be equal. Therefore both the objects reach the bottom at the same time.

Answer: a
Explanation: The kinetic energy of a system can be changed without changing the momentum. An explosion of a bomb is a good example of this phenomena. When a bomb explodes, kinetic energy is greatly increased but the momentum is conserved. This can be proved using vector algebra, by taking the vector sum of the velocities of all the particles in the explosion.

6. The momentum of a system can be changed without changing its kinetic energy.
a) True
b) False
View Answer

Answer: a
Explanation: Kinetic energy is a scalar quantity and momentum is a vector quantity. Hence, by changing the direction of the velocity and keeping the magnitude of velocity constant, the momentum of a system can be changed without changing its kinetic energy.

8. Which of the following graphs denotes the variation of kinetic energy with velocity? Assume velocity on the x-axis and kinetic energy on the y-axis.
a) 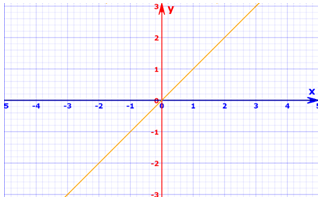 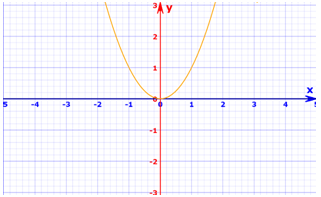 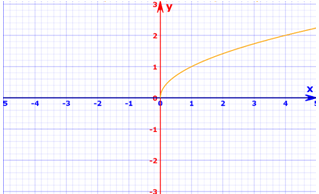 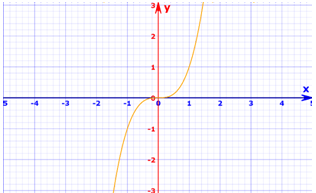 Answer: b
Explanation: Kinetic energy is given by;
KE = (1/2) x m x v2
Kinetic energy (KE) is directly proportional to the square of the velocity of the particle.

15. At the highest point of a projectile’s trajectory, the kinetic energy is minimum and potential energy is maximum.
a) True
b) False
View Answer

18. An external force is acting on a system, the work done on the system is change in its kinetic energy.
a) True
b) False
View Answer

Answer: a
Explanation: The total work done on a body or system is the change in its total kinetic energy when an external force is applied on it.

21. For the given diagram, choose the correct statement. Consider frictional forces absent. 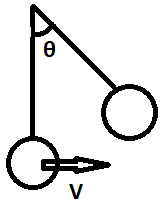 Answer: b
Explanation: The frictional forces are absent, so there is no external force except gravity. Gravity is a conservative force. The potential energy is being temporarily gained when particle goes up while it loses it when it goes down. Under a conservative force, the total K.E + total P.E is constant.

Answer: a
Explanation: Stress energy, Chemical potential and Strain energy are all energies and can be expressed in joules while momentum doesn’t fall under energy category.