This set of Physics Questions & Answers for Exams focuses on “Work-Energy Theorem for a Variable Force”.

2. The work-energy theorem is valid only for positive work done.
a) True
b) False
View Answer

4. For the graph shown in the figure, what is the difference between x-coordinate of A and B called? 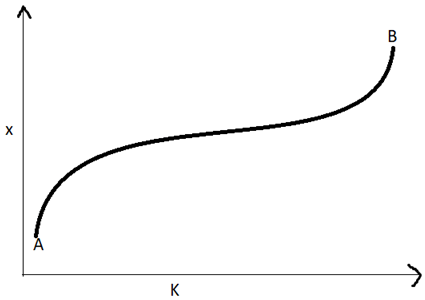 5. For the graph shown in the figure, what is the area under the curve AB called? 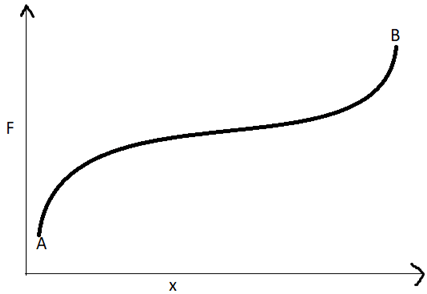 6. A “variable force” is the force that only increases with time.
a) True
b) False
View Answer

Answer: b
Explanation: A “variable force” is the force that changes with time. This force can increase or decrease at random time intervals. However, it is not constant with respect to time.
i.e., dF/dt is not equal to “zero”.

To practice all exam questions on Physics, here is complete set of 1000+ Multiple Choice Questions and Answers.