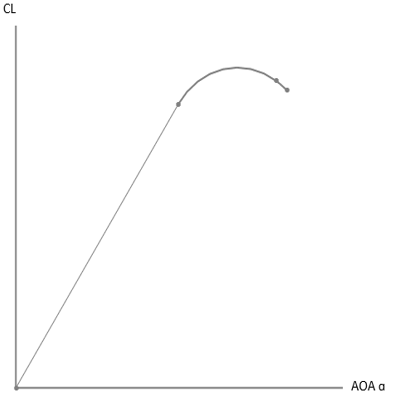 Answer: a
Explanation: A typical diagram of lift curve is illustrated in above figure. The diagram is applicable to uncambered wing. Airfoil lift curve will be different from wing. Typically, lift coefficient of airfoil is greater than the wing. 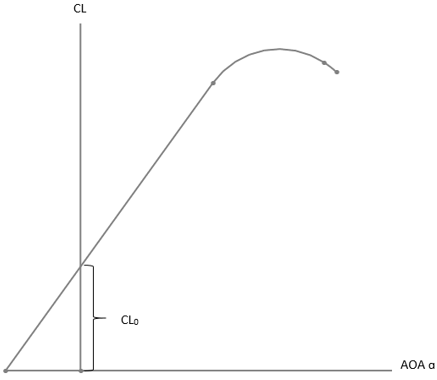 Answer: a
Explanation: A typical, lift curve is shown for Cambered airfoil. As shown in the diagram, camber wing with cambered airfoils will produce lift at small angle. Drag polar is used to provide information about drag characteristics. Thrust loading is defined as ratio of weight to thrust. 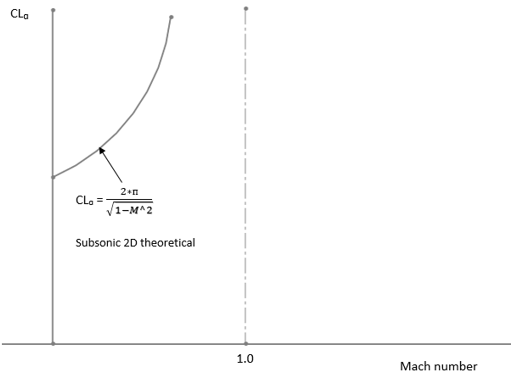 Answer: a
Explanation: The above diagram is showing a typical variation between lift curve and Mach number. Drag polar is nothing but the drag variation with lift or angle of attack. It is used to estimate drag properties of airfoil and wing. Wing loading is defined as the ratio of weight to the reference area.

8. A subsonic aircraft wing has aspect ratio of 8. Now we have been asked to provide winglet to this wing. Evaluate approximate value of effective aspect ratio of winglet is considered.
a) 9.6
b) 23
c) 32
d) 4.89
View Answer