Answer: a
Explanation: A typical wing podded gear retraction is shown in the diagram. Fuselage Podded will not be retracted inside wing. Lift curve is used to represent relationship between lift and angle of attack. Lift curve is very important parameter. 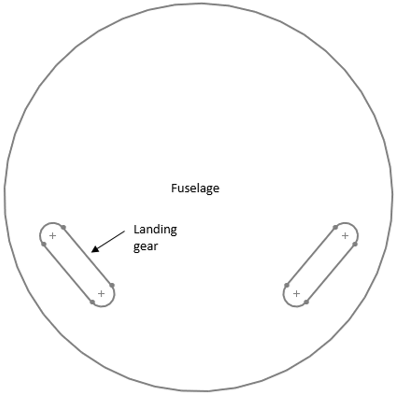 Answer: a
Explanation: Typical gear retraction in the Fuselage is shown in the above diagram. It is similar to in the wing retraction geometry with difference being in the location of retraction. Here, gear will be retracted in the fuselage itself. Headroom is related to passenger cabin.
Subscribe Now: Aircraft Design Newsletter | Important Subjects Newsletters 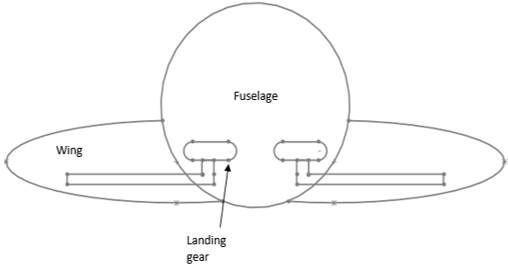 Answer: a
Explanation: Typical, gear retraction inside the nacelle is shown in the diagram. This type of arrangement can be seen in early prop aircraft. Gear retraction in fuselage or wing fuselage junction are nearly similar to each other.
Become Top Ranker in Aircraft Design Now! 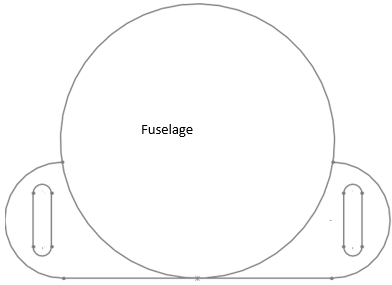 Answer: a
Explanation: Above diagram is representing the typical layout of fuselage Podded retraction geometry. Here, landing gear will be retracted inside the fuselage section of the aircraft. Thrust required will be based on operating conditions. At cruise, thrust required is equal to drag.

Answer: a
Explanation: The point at which landing gear or undercarriage leg is attached to the aircraft is known as pivot point. This pivot point can be located anywhere along the normal bisector to the line joining the up and down wheel positions. Lift to drag will be maximum at thrust required minimum.
advertisement

8. Drag brace is used to __________
a) withstand aerodynamic loads and breaking loads
b) reduce drag
c) lowers the weight of an aircraft
d) decrease the drag produced by gear only
View Answer 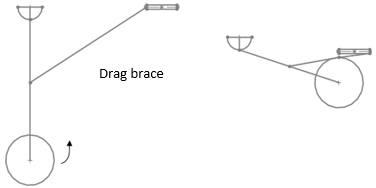 Answer: a
Explanation: The above figure is illustrating a typical sliding pivot mechanism. It is different from the typical four bar linkage system. Lift augmentation is used to increase lift. Thrust can be increased by thrust augmentation. Drag polar is graph showing relationship between drag and lift.
advertisement

10. Which of the following is correct?
a) Sway brace is typically used for main landing gear
b) Lift is always same as weight
c) Lift opposes the aircraft forward motion
d) Drag is propulsive force produced by landing gear to accelerate an aircraft
View Answer

Answer: a
Explanation: Sway brace term is typically used for main landing gear. It is also used to withstand aerodynamic loads and breaking loads. They are used to provide lateral support for the gears. Aircraft forward motion is primarily opposed by drag. Lift is not always same as weight. 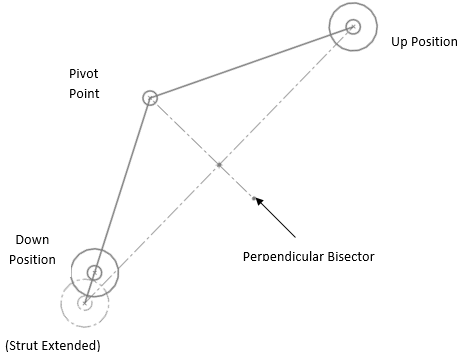 Answer: a
Explanation: Above diagram is a simple schematic diagram illustrating the method to estimate the pivot point. Drag characteristics can be observed through numbers of graph for example, drag polar etc. Drag polar will be used to generate a typical drag property variation with respect to lift variation.