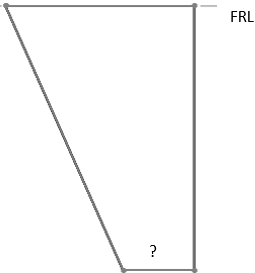 Answer: a
Explanation: Typical wing planform is shown in figure. Chord at the fuselage section is called root chord. Chord at wing tip is called tip chord. Thrust is a propulsive force. Lift is an upward force.

3. Consider below wing. Calculate the value of span of wing marked by ‘?’. 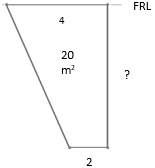 5. From following diagram find the value of MAC of wing. 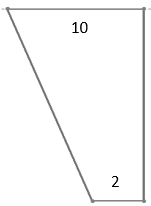 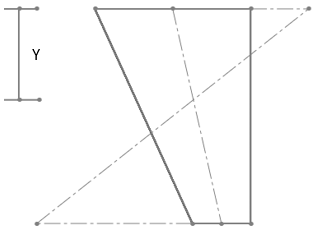 Answer: a
Explanation: Above figure is showing the typical graphical method to find the MAC. Here, first we project the root chord from tip chord and vice-versa as shown by dashed lines from respective chords. After that we draw a line from which will connect midpoints of root and tip chord. Intersection of both lines will provide MAC which will be located at Y distance from root chord as shown.

7. For wing to be lofted as shown in below figure, what will be the approximated value of MAC? 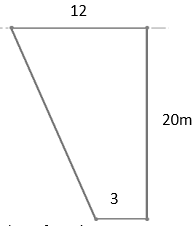 9. Which of the following is correct in terms of the wing layout with twist?
a) Incidence at each span station must be considered and chord should be rotated accordingly
b) Only untwist airfoils can be used for layout
c) Only rotation of chord line is required at c/6 points
d) Only chord line should be rotated by reducing length of chord
View Answer

Answer: a
Explanation: In general, airfoils are drawn to find the complete wing layout. When wing has some twist then, we need to find incidence at each span station in order to include effects of twist. Also chord needs to be rotated accordingly before drawing an actual airfoil for lofting.
advertisement

12. A constant percent chord line is drawn from root airfoil to tip airfoil in linear interpolation method.
a) True
b) False
View Answer

Answer: a
Explanation: Linear interpolation technique is used to create intermediate airfoil section as weighted average. To do so first both airfoils are connected with line. Next step is to draw a constant percent chord line from root to tip airfoil. After following respective steps we will get airfoil section as per our requirements.