1. Load factor is defined as _______________
a) ratio of lift produced to the weight of aircraft
b) aerodynamic efficiency
c) thrust loading
d) power to weight ratio
View Answer 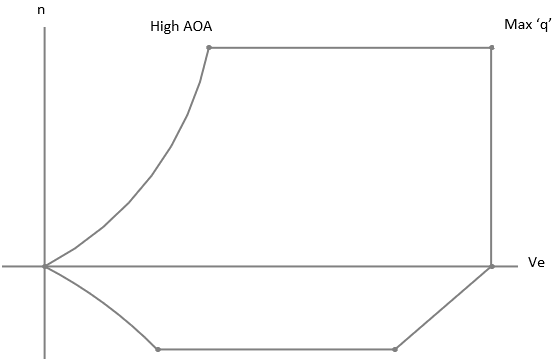 Answer: a
Explanation: Maximum dynamic pressure is being represented by the dive speed in a typical V-n diagram. Manifold pressure at intake is almost equal to the atmospheric. Supercharger is used to increase manifold pressure by large amounts. Rage of climb is vertical velocity. 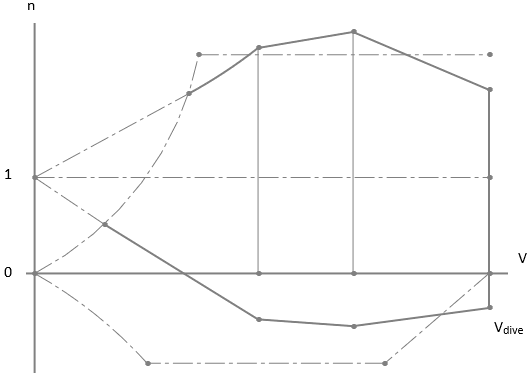 Answer: a
Explanation: A typical gust V-n diagram is shown in the above diagram. Here, in this V-n diagram we are assuming that the aircraft is experiencing gust at 1g. Maneuver V-N diagram is different from the gust diagram. Drag polar is used to relate drag and lift.
advertisement

Answer: a
Explanation: When an aircraft flies in the air, it might experience various types of loads such as lift, drag Thrust, vibration, gust etc. Only single load cannot be experienced in real life. At a time there will be number of loads acting on the aircraft during flight.

12. When aircraft is in air, it can only experience air load.
a) True
b) False
View Answer

Answer: b
Explanation: No, it is not true. In the air, it is not only experiencing the air loads rather an aircraft will experience number of different types of loads. For example, lift, drag etc. are air loads however Thrust force is a power plant load which is experienced by aircraft during flight in air. Hence, the given statement is not true.