Answer: a
Explanation: Velocity for maximum instantaneous turn is termed as corner speed. Corner speed is defined by intersection of the stall limit and the Structural limit. For a typical fighter, corner speed can vary between 300 to 350 knots.
advertisement

2. During level turning flight, lift of wing is canted.
a) True
b) False
View Answer

Answer: a
Explanation: In a typical level turning flight Maneuver, the lift of the wing is canted. As a result of this, horizontal component of the lift will exert the centripetal force required to turn. Typically, total lift is n times more than that of the weight of an aircraft. Hence, the above statement is true.

4. Let’s consider we are designing an aircraft which can have 0.075 rad/s as its turn rate during level turning operation. If load factor is set to be 1.1 then, at which velocity we should fly our aircraft to obtain mentioned requirement.
a) 59.8unit
b) 590unit
c) 5980unit
d) 0894unit
View Answer 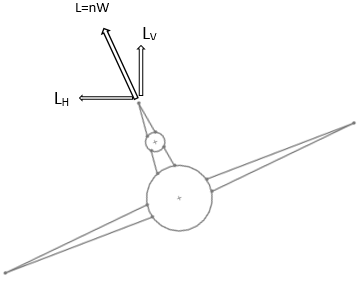 Answer: a
Explanation: A typical level turn is shown in the diagram. Lift curve slope is defined as the ratio of the change in lift coefficient and the change in AOA. Mach number limit is concerned with propulsion. Drag polar is graphical representation of drag.
advertisement
advertisement

Answer: a
Explanation: If an aircraft can slow down during turn then, it is termed as Instantaneous turn. Here, load factor will be limited by maximum lift coefficient or structural strength of the aircraft. Cruise segment is part of mission profile of an aircraft. At cruise all forces and moments are balanced. 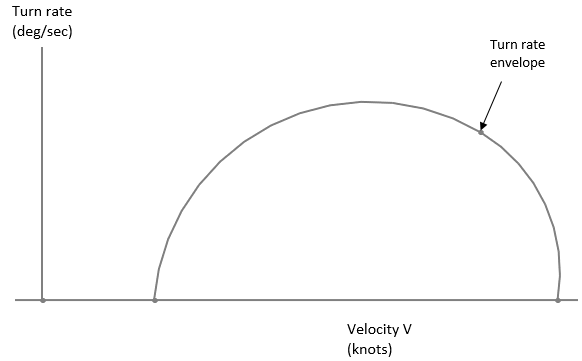 11. An aircraft is in sustained turn with thrust loading of 0.8 and aerodynamic efficiency of 6. Determine the approximate value of maximum load factor.
a) 4.8
b) 3
c) 1
d) 12
View Answer 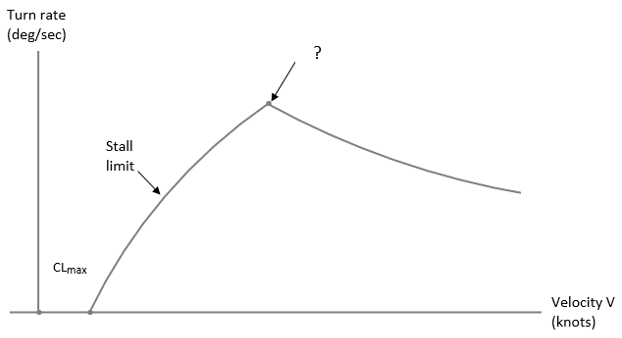 Answer: a
Explanation: Above diagram is showing a typical relationship between turn rate and velocity. Above diagram is illustrating the concept of corner speed. Corner speed is velocity required for maximum instantaneous turn. Cruise speed of an aircraft is speed required to attain cruise condition or steady level flight.

14. Turn rate is defined as _______
a) ratio of radial acceleration and the velocity
b) ratio of lift to drag
c) product of thrust and velocity
d) drag
View Answer

Answer: a
Explanation: Turn rate is defined as the ratio of radial acceleration Divided by the velocity. Typically, turn rate is denoted by degree per second. Lift to drag ratio is called aerodynamic efficiency of the aircraft. Thrust into velocity will result in power.