1. If a circle passes through three points which are collinear, the third point either lies outside or inside the circle.
a) True
b) False
View Answer 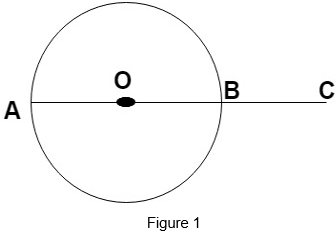 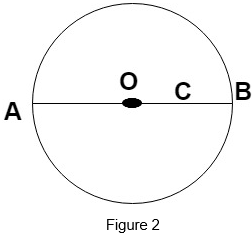 2. How many circles can pass through three points which are not collinear?
a) One
b) Two
c) Three
d) Four
View Answer 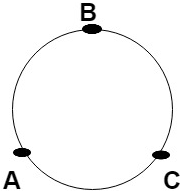 3. From the diagram given below, if for two chords AB and CD, AB = CD, which of the following is true? 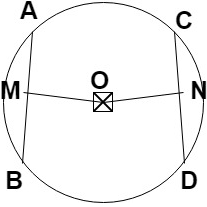 Answer: c
Explanation: According to theorem 10.6, equal chords of a circle are equidistant from the centre.
OM and on are the distance from the centre and chords AB = CD (given).
Hence, OM = ON