Answer: a
Explanation: As shown in below diagram, we can see that ray OQ stands on line PQ. 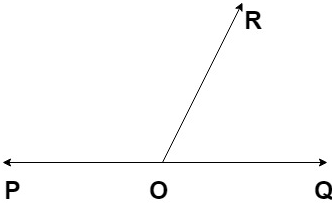 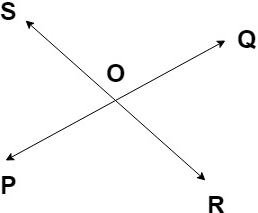