This set of Mathematics Aptitude Test for Class 9 focuses on “Figures on the Same Base and Between the Same Parallels”.

1. Two figures having the same area are always congruent.
a) True
b) False
View Answer

Answer: b
Explanation: As shown in diagram below, two figures have the same area but they are not congruent as they have different sides.

2. Which of the following option represents two figures which are on the same base and same parallels?
a) 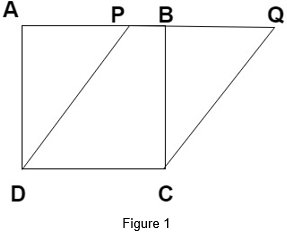 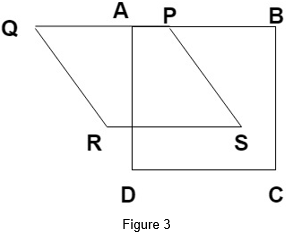 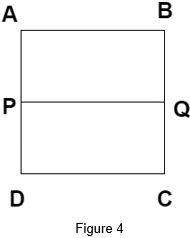