Answer: c
Explanation: As shown in figure, out of four points A, B, C and D, three points A, B and C are collinear and we get a triangle. 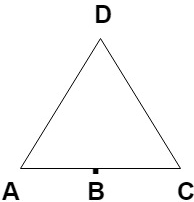 Answer: d
Explanation: A figure formed by joining four points is called quadrilateral as shown in the diagram. It also has four sides (AB, BC, CD and AD) and four angles (∠A, ∠B,∠C and ∠D). 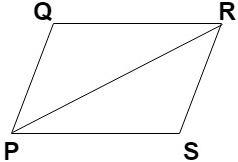 Answer: b
Explanation: Let’s take a quadrilateral as shown in figure. By dividing it diagonally, we can see that it breaks into two triangles. 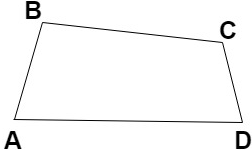 4. A rectangle is a parallelogram.
a) True
b) False
View Answer

Answer: a
Explanation: A quadrilateral is said to be parallelogram if the opposite sides of it are parallel as shown in below diagram. 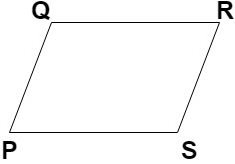 In rectangle, opposite sides are parallel and four angles are right angles as shown in below diagram. Hence, a rectangle has all the properties of a parallelogram. 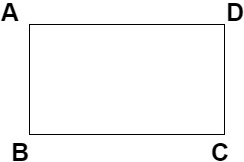