This set of Mathematics Multiple Choice Questions & Answers (MCQs) focuses on “Properties of a Parallelogram – 2”.

1. Which of the following is not a parallelogram?
a) 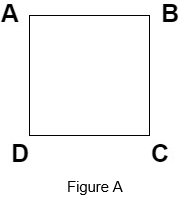 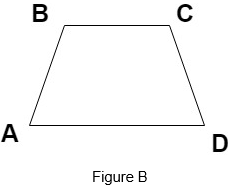 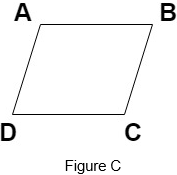 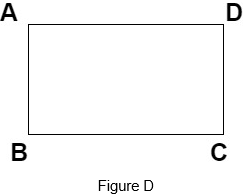 Answer: b
Explanation: A quadrilateral is said to be a parallelogram if each pair of opposite sides is parallel but as we can see in the Figure B, trapezium has only one pair of sides which are parallel hence, it is not parallelogram.

2. As shown in the diagram below, for the same perimeter, areas of rectangle and parallelogram are same.

Answer: b
Explanation: For rectangle, area = AD * AB and
for parallelogram, area = PR * SR
We can see that AB = SR = 3 but PR < AD hence area of parallelogram < area of rectangle.

Answer: a
Explanation: We can see that diagonal BD divides the parallelogram into two triangles ABD and BDC. 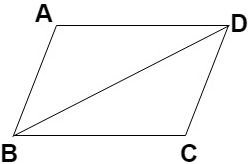 Answer: c
Explanation: According to theorem 8.6, diagonal of a parallelogram bisect each other.
It means that BO = OD and AO = OC. 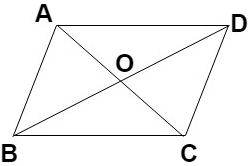 5. Which of the following relation is correct if ABCD is a parallelogram and BF and DE are perpendiculars to AC? 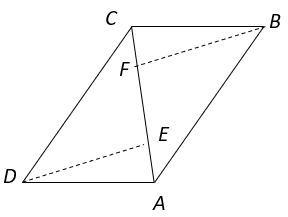 6. Identify the quadrilateral formed by the angle bisectors of the interior angles formed between two parallel lines. 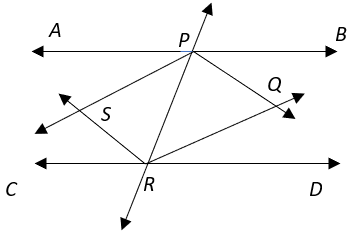 7. Find the value of x in the rectangle PQRS. 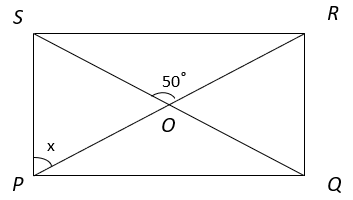 8. If ABCD is a rhombus, then what is the value of ∠OAD? 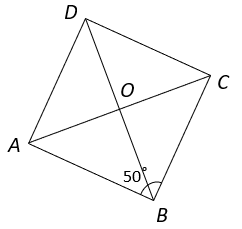