1. The characteristic curves for an elliptic system are ___________
a) real and imaginary
b) both real
c) both imaginary
d) both zeros
View Answer

Answer: c
Explanation: Elliptic equations have their determinant less than zero and the roots of this determinant are both imaginary. So, the curves are also imaginary.
advertisement

Answer: b
Explanation: An inviscid steady flow is elliptic when the flow is subsonic. When the flow becomes supersonic, it changes its behaviour. Hence, it comes under the elliptic category when M<1.

Answer: d
Explanation: Any point inside the region of elliptic equations is influenced by the whole closed boundary. So, its solution depends on all of its boundaries.

Answer: c
Explanation: Any change at any point in the domain of elliptic equation influences all other points. So, the solution process should be carried out simultaneously and it cannot be marched.
advertisement

10. The below diagram represents elliptic equations. 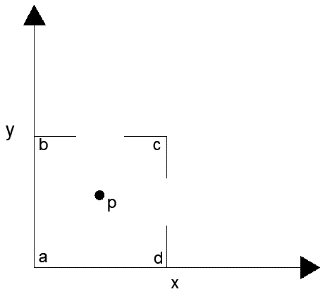 To practice all areas of Computational Fluid Dynamics, here is complete set of 1000+ Multiple Choice Questions and Answers.