3. Which of the following is the best insulator?
a) Silica aerogels
b) Manganese aerogels
c) Potassium aerogels
d) Lead aerogels
View Answer

Answer: a
Explanation: The best insulator is silica aerogels. The thermal conductivities of silica aerogel is less than 0.03 W/m*K in atmosphere.The liquid is removed from the gel without collapsing its structure, thus creating air pockets in the medium. This slows down the heat transfer and act as the insulator.

4. Are these statements about the thermal conductivity true?
Statement 1: Thermal conductivity is an extrinsic property.
Statement 2: It involves in the bulk motion of the molecules during heat transfer.
a) True, False
b) True, True
c) False, True
d) False, False
View Answer

Answer: d
Explanation: Thermal conductivity is the intrinsic property of the material. It refers to its ability to conduct heat. Heat transfer by conduction involves transfer of energy within a material without any motion of the molecules during heat transfer.

5. Which of the following example does not explain conduction?
a) The heat from a hot liquid makes the cup itself hot
b) Walking on the beach on a hot summer day will warm the feet
c) A metal spoon becomes hot from the boiling water inside the pot
d) The formation of sea and land breeze
View Answer

Answer: d
Explanation: The formation of sea and land breeze is an example of convection. The other examples are due to conduction where transfer of heat in internal energy by minute collision of particles and electron movement within a body.

Answer: a
Explanation: The Fourier’s law governs the thermal conductivity. This law states that the time rate of heat transfer through a material is directly proportional to the negative gradient in the temperature and to area, at its right angle to that gradient through which the heat flows.

Answer: b
Explanation: Heat energy and temperature plays an important factor in calculating heat capacity. The heat capacity is defined as the ratio of amount of heat energy supplied and change in temperature.

8. Is thermal diffusivity and thermal conductivity related?
a) True
b) False
View Answer

Answer: a
Explanation: The thermal diffusivity is the thermal conductivity divided by density of the material and specific heat capacity at a constant pressure. It measures the ability to conduct thermal energy relative to its ability to the heat energy. High diffusivity means rapid heat transfer.

10. Which is the slowest mode of heat transfer?
a) Conduction
b) Convection
c) Radiation
d) Both radiation and convection
View Answer 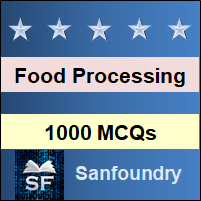