1. State true or false.
It is possible to achieve a conversion greater than the equilibrium conversion.
a) True
b) False
View Answer

2. State true or false.
A reversible reaction is the one in which the reaction proceeds simultaneously in both directions.
a) True
b) False
View Answer

Answer: a
Explanation: A reversible reaction occurs simultaneously and independently in both directions. It is represented in the general form A ↔ R.

Answer: b
Explanation: At equilibrium, the net rate of reaction is zero. The rate of change of concentration of A is zero.

6. The plot representing the relation of equilibrium conversion to the reaction time for a unimolecular first order reaction is ____
a) 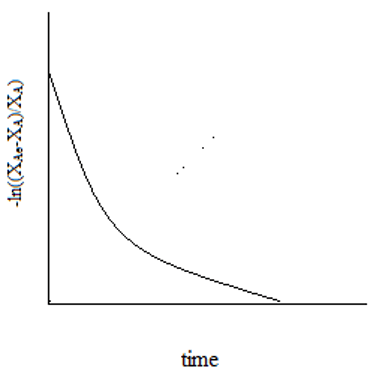 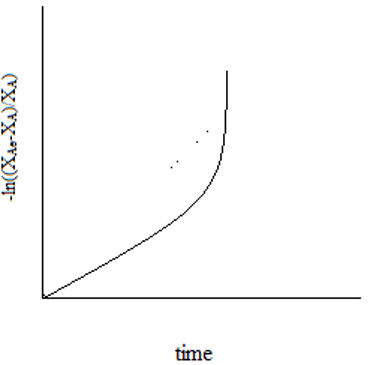 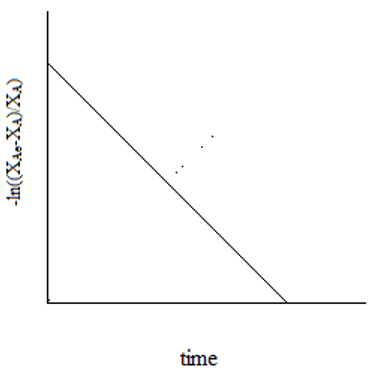 8. The plot of the function of equilibrium conversion to time for a bimolecular type reversible reaction is ____
a) Exponential
b) Linear
c) Logarithmic
d) Quadratic
View Answer

9. Which of the following is not a reversible reaction?
a) Ammonia formation from its elements
b) Formation of hydrogen bromide from its elements
c) Decomposition reaction of nitrogen pentoxide
d) Oxidation of sulphur dioxide to sulphur trioxide
View Answer

Answer: b
Explanation: The reaction of hydrogen with bromine is irreversible reaction. H2 + Br2 → HBr.

Answer: c
Explanation: For a reversible reaction, any disturbance in the form of variation in temperature, pressure or concentration affects the equilibrium state. The equilibrium shifts in a direction such that the effect is counteracted.