Answer: d
Explanation: Chemisorption increases with increase in temperature, but change in pressure has no effect. The chemical adsorption is irreversible.

3. Which of the following is not an assumption of Langmuir model?
a) Energy of adsorption of gas molecules to the adsorbent site is different at different adsorbing site
b) Maximum amount of adsorption corresponds to a monolayer
c) Desorption rate depends on the amount of material adsorbed onto the solid surface
d) Gas phase molecules are adsorbed on discrete points on the solid surface
View Answer

Answer: a
Explanation: The energy of adsorption is same for all the sites on the adsorbent surface. The adsorption of a gas molecule at one site is independent of the adsorption on an adjacent site.

Answer: b
Explanation: The volume fraction of the solid occupied by the gas is proportional to pA\(^\frac{1}{n} \). For adsorption to occur, n > 1.

7. The plot representing the variation of rate with partial pressure for a second order irreversible reaction following Eley – Rideal mechanism is ____
a) 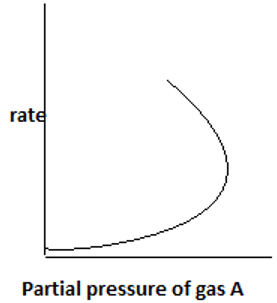 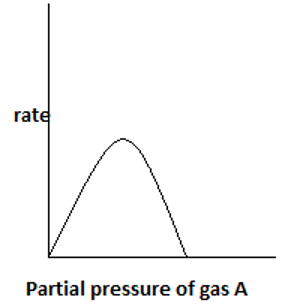 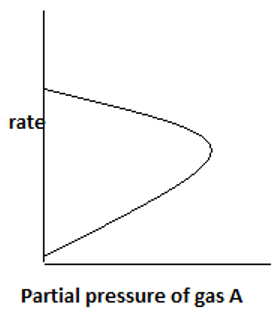 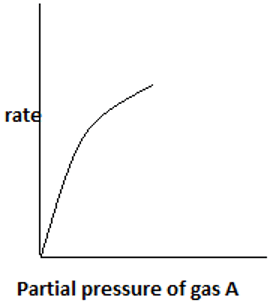 Answer: d
Explanation: With an increase in partial pressure of A, more reactant gas gets adsorbed on the catalyst surface. Only one reactant component gets adsorbed and the other remains in gas phase.

Answer: c
Explanation: If rate of adsorption of gas equals its rate of desorption, the mechanism is in equilibrium. Reaction becomes the controlling mechanism.