Answer: d
Explanation: In autocatalytic reactions, the reactant is catalyzed by a product. One of the products is also a reactant.

2. State true or false.
An autocatalytic reaction is represented as A + R → R + R where, A is a reactant and R formed as the product catalyses the reaction.
a) True
b) False
View Answer

Answer: a
Explanation: Initially, the progress of the reaction requires more R. As the reaction proceeds, A is consumed. Hence, more of A is required for the reaction to occur as time proceeds.

5. Which of the following correctly represents autocatalytic reactions?
a) 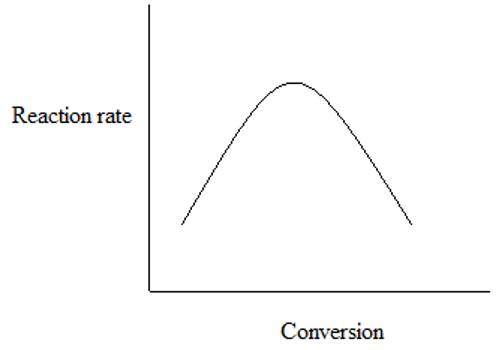 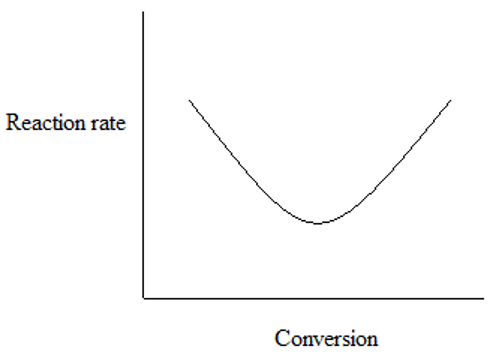 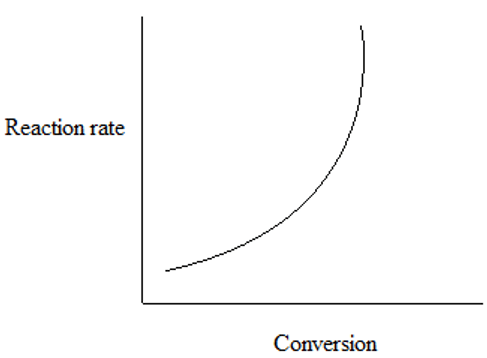 Answer: a
Explanation: Initially rate increases with an increase in reactant concentration. After sometime, the reaction mixture consists more of the autocatalyst and the reaction is limited by the other reactant.

7. Which of the following reactors is used for carrying out autocatalytic reactions?
a) CSTR
b) PFR
c) Batch reactor
d) A combination of CSTR and PFR.
View Answer

Answer: d
Explanation: A combination of reactors is used to optimize the reactor volume. The reactors are arranged such that the required conversion is achieved. The volume should be low due to economic considerations.

8. The combination of reactors to achieve the required conversion for the autocatalytic reaction depicted below is _______ 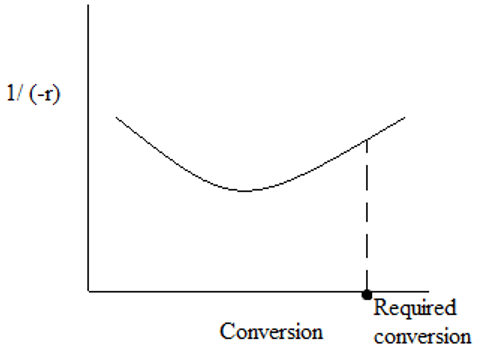 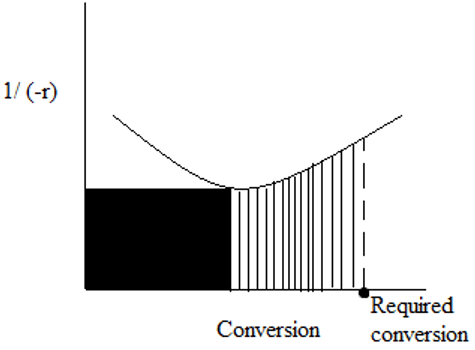 Answer: b
Explanation: The microbes act on the organic feed to produce the product and more microbial cells. In microbial fermentation, the microbe which acts as the catalytic agent reproduces itself.

10. The graph shows the plot of \(\frac{1}{-r_A}\) versus conversion for an autocatalytic reactor. If a single reactor is to be employed to achieve a conversion of 0.5, then which of the following reactors will best suit the given condition? 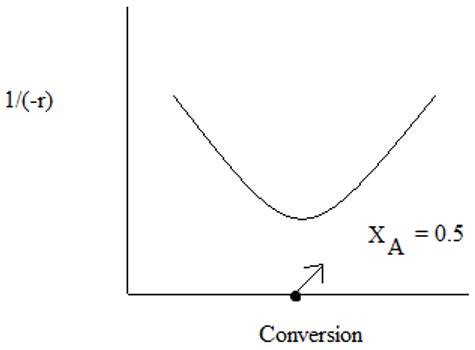 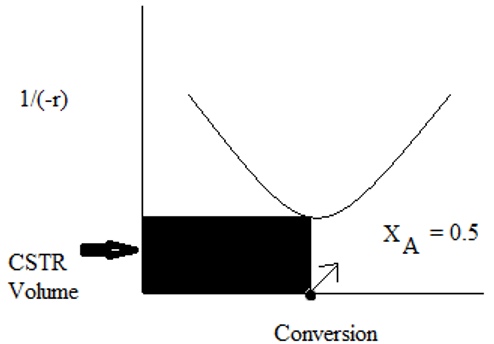