1. Which of the following regular expression resembles the given diagram? 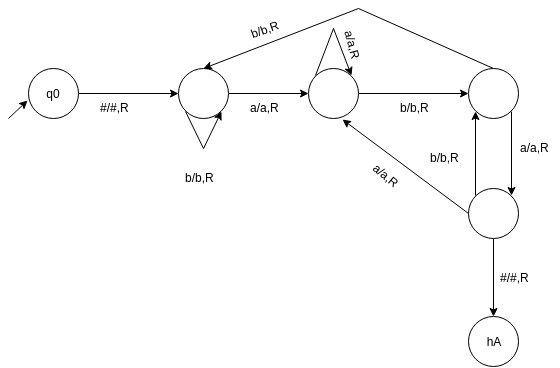 Answer: b
Explanation: The given diagram is a transition graph for a turing machine which accepts the language with the regular expression {a,b}*{aba}.

2. Construct a turing machine which accepts a string with ‘aba’ as its substring.
a) 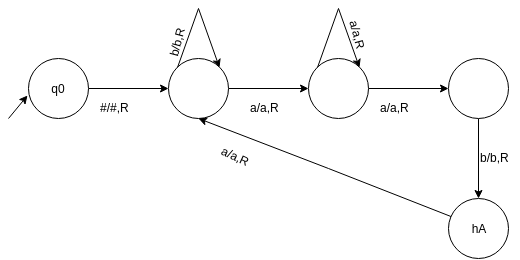 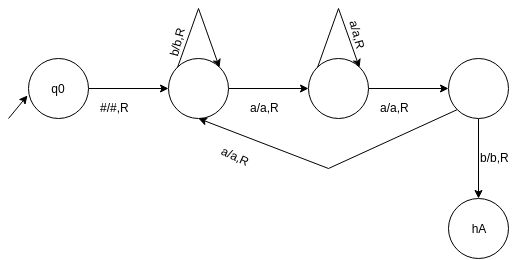 Answer: c
Explanation: The language consist of strings with a substring ‘aba’ as fixed at its end and the left part can be anything including epsilon. Thus the turing machine uses five states to express the language excluding the rejection halting state which if allowed can modify the graph as: 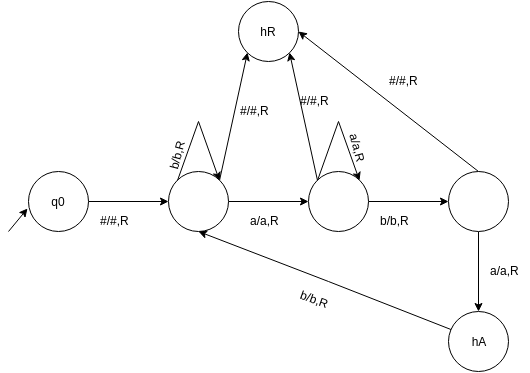 Answer: a
Explanation: The finite automata can be represented as:

Answer: c
Explanation: D represents the direction in which automata moves forward as per the queue which surely cannot be a starting variable.
Check this: Computer Science MCQs | Computer Science Books
advertisement

6. Which of the following can accept even palindrome over {a,b}
a) Push down Automata
b) Turing machine
c) NDFA
d) All of the mentioned
View Answer

Answer: c
Explanation: A language generating strings which are palindrome is not regular, thus cannot b represented using a finite automaton.

7. Which of the functions can a turing machine not perform?
a) Copying a string
b) Deleting a symbol
c) Accepting a pal
d) Inserting a symbol
View Answer

Answer: a
Explanation: If T1 and T2 are TMs, with disjoint sets of non halting states and transition function d1 and d2, respectively, we write T1T2 to denote this composite TM. 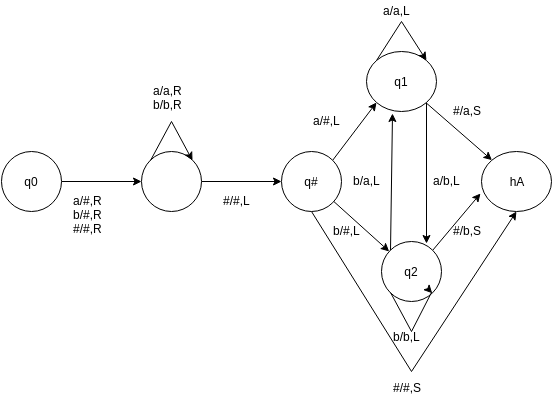 Answer: b
Explanation: A turing machine does the deletion by changing the tape contents from yaz to yz, where y belongs to (S U {#})*.
advertisement

10. What does the following transition graph shows: 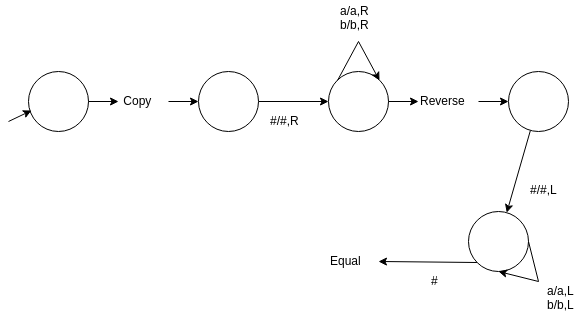 Answer: c
Explanation: The composite TM accepts the language of palindromes over {a, b} by comparing the input string to its reverse and accepting if and only if the two are equal.