This set of Tough Engineering Physics Questions and Answers focuses on “Differences of Fresnel and Fraunhofer Diffraction”.

3. The diffraction patterns obtained in Fresnel and Fraunhofer Diffraction are fixed in position.
a) True
b) False
View Answer

Answer: b
Explanation: The Fraunhofer Diffraction pattern is fixed in position while the Fresnel diffraction pattern moves in such a way that directly compensated the shift in the position of the object.
Subscribe Now: Engineering Physics II Newsletter | Important Subjects Newsletters

8. What does the figure show? 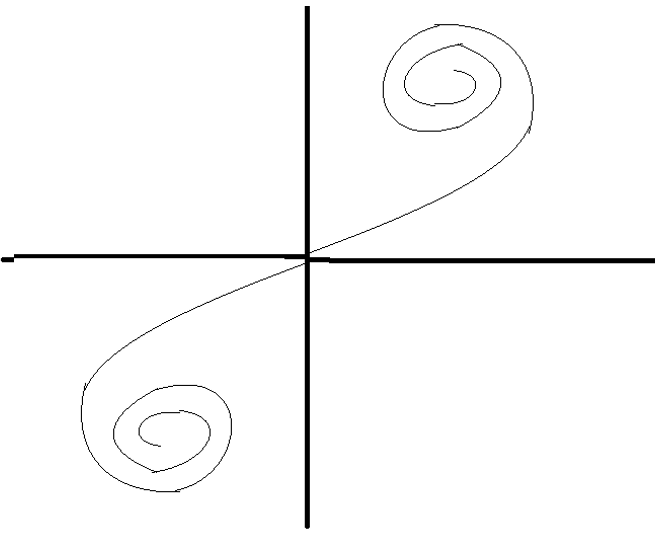 Answer: c
Explanation: The given figure is called as Cornu’s Spiral. It is an elegant method of investigating the intensity distribution in Fresnel’s diffraction pattern.

9. In Fresnel diffraction, the relative phase difference between the curved wavefront is ________
a) Constant
b) Zero
c) Linearly increasing
d) Non=constant
View Answer

Answer: d
Explanation: Since the radii of each half period zone are different, the distance traveled by each wavefront is different. Thus, the relative phase difference turns out to be non-constant.
advertisement 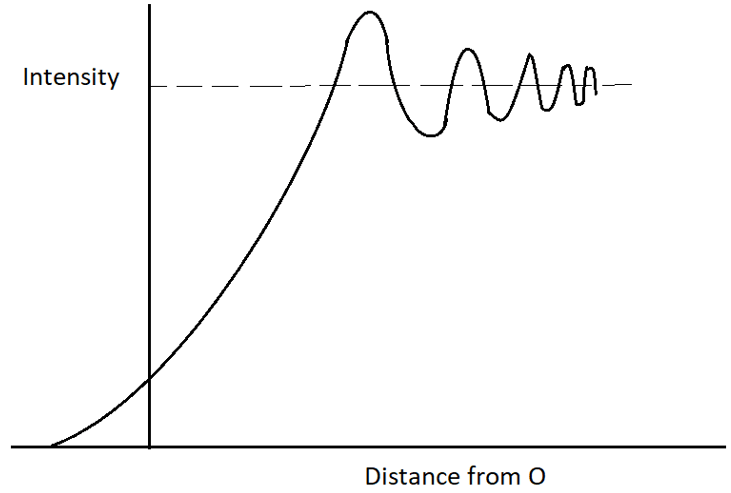 Answer: c
Explanation: The diffraction pattern shown is due to diffraction at a straight edge. It shows that the intensity falls off quickly without any maxima and minima. Fresnel Diffraction takes place in this case.

To practice tough questions and answers on all areas of Engineering Physics, here is complete set of 1000+ Multiple Choice Questions and Answers.