Answer: c
Explanation: The plot of the variations of steam pressure and volume in the cylinder during the cycle of operations is called an indicator diagram. Indicator diagrams useful in estimating the performance of a reciprocating steam engine.

2. In a theoretical or hypothetical indicator diagram the expansion is assumed to be _____
a) Parabolic
b) Linear
c) Exponential
d) Hyperbolic
View Answer

Answer: d
Explanation: Theoretical or hypothetical indicator diagram is based on some assumptions. One of these assumptions is that the expansion process is hyperbolic.
Mathematically, the following relationship holds true between pressure (P) and volume (V) –
PV = Constant. 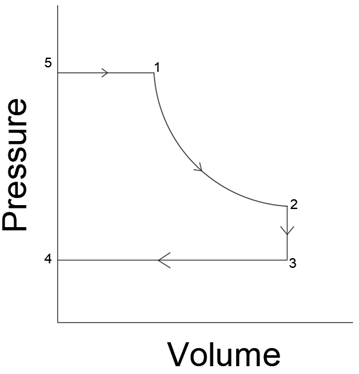 4. Which of the following processes is the expansion process? (Refer to the given image)

5. With reference to the given image, steam is admitted in the engine cylinder at _____

Answer: a
Explanation: At point 5 steam is admitted in the engine cylinder. The steam admitted has same pressure as the boilers. Point 5 is also called as point of admission. The expansion of steam starts at point 1. 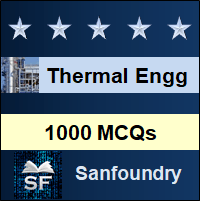