3. Which of the following reactors does not need moderator?
a) Thermal reactor
b) Fast reactor
c) Intermediate reactor
d) Power reactor
View Answer

Answer: b
Explanation: In fast reactors fission is caused by fast neutrons, so there is no need of moderator to slow down the neutrons. While in other reactors fission is needed to be from slow or intermediate speed neutrons, so moderator is required to slow down the fast neutrons.
Sanfoundry Certification Contest of the Month is Live. 100+ Subjects. Participate Now!
advertisement
advertisement

Answer: a
Explanation: In fast reactors fission occurs due to fast moving neutrons. Hence, the rate of fission reaction is high and the heat energy generated is also very high. In thermal reactor moderator is used to slow down the neutrons and to make the fission in much more controlled way. So, heat generated in thermal reactor is cocomparatively less.

Answer: a
Explanation: On the basis of cooling system employed reactors are of two types. One is Direct and another is indirect reactor. Direct reactor used as fuel in liquid form and it acts as coolant. It is circulated through the heat exchanger in which heat is transferred to water to produce steam.

Answer: a
Explanation: The statement I and II are true but statement III is wrong, because most of the reactors are of heterogeneous type. i.e.fuel is used in them are separate mostly in form of road fuel rod.
advertisement

Answer: a
Explanation: In homogeneous reactor nuclear fuel and the moderator represent a uniform mixture, in the fluid form including gases liquids and slurries. Due to fluid form of fuel it is possible in homogeneous reactor that reactor fuel can be added removed and reprocessed during reactor operation without shutting in town.

10. Any leakage or component failure in primary nuclear fission reactor coolant system is dangerous.
a) True
b) False
View Answer

Answer: a
Explanation: Above statement is true because these failures are very much difficult to repair. It is because of the presence of fission products in the coolant which can cause contamination. 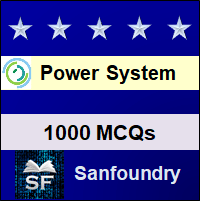