This set of Physics Quiz for Schools focuses on “Charging by Induction”.

1. Which among the following is the proper way of earthing?
a) 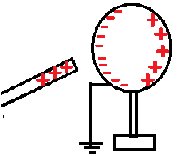 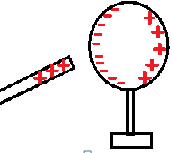 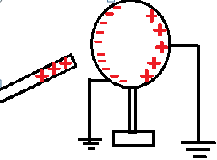 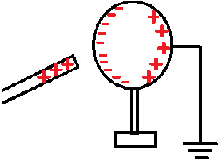 Answer: d
Explanation: Earthing is done from the far end of the body so that a positive charge on the body (from the figure) goes to the ground. If it is done at both far and near end, all the positive and negative charge from the ground and the body becomes electrically neutral.

2. Which among the following is the correct diagram?
a) 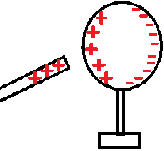 Answer: b
Explanation: If two bodies are taken close to each other, a positively charged body induces a negative charge on another body and then they attract each other. So, induction occurs before attraction. This phenomenon is also true for magnetic induction.

4. Induction occurs due to ______
a) Movement of electron
b) Leakage of charge
c) Ionization of atoms
d) Uniform charge distribution
View Answer

6. During induction, earthing of the body is done for faster induction.
a) True
b) False
View Answer

7. Which one is the correct relation between induced charge and distance between the two bodies?
a) 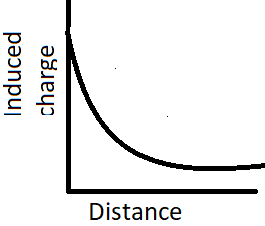 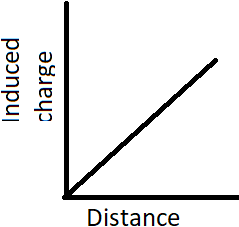 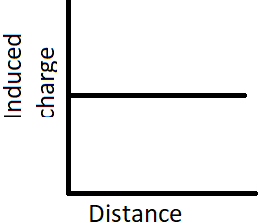 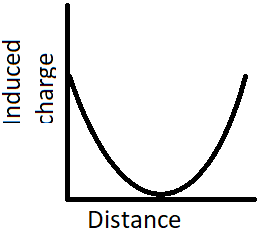 To practice Physics Quiz for Schools, here is complete set of 1000+ Multiple Choice Questions and Answers.