2. Two electric field lines ______
a) Always intersect each other
b) Never intersect
c) May intersect sometimes
d) Are always perpendicular to each other
View Answer

3. Consider the lines of force as shown in the figure. Two unit positive charges are kept at points A and B. 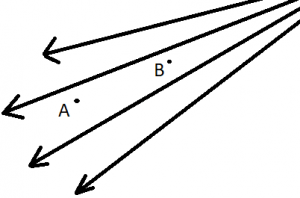 5. Two plates are oppositely charged uniformly and kept parallel to each other at a certain distance. What will be the nature of electric field lines in between them?
a) Circular
b) Parallel to each other throughout the cross section
c) Not uniformly distributed
d) Parallel and uniform in central part but fringes out at the extreme ends
View Answer

7. A field line can diverge from and converge at the same conductor. The statement is _____
a) True
b) False
View Answer

Answer: b
Explanation: For the phenomenon to happen in practice, both positive charge and negative charge must be present on the same conductor. But as a conductor carries electricity and can never store charge at a localized part, this phenomenon can never occur. Field lines are circular for a current carrying conductor and their direction depends on the direction of the flow of current.

8. Which among the following is false about electric field lines?
a) They are continuous
b) They attract each other
c) They remain parallel in a uniform electric field
d) They diverge from positive charge
View Answer

Answer: b
Explanation: Electric lines of force are always diverging from positive charge and they converge at a negative charge. Besides, they repel each other because of repulsion between two similar charges. They remain parallel to each other in the uniform field but may divert in case of a non-uniform field. These lines are continuously stretched between two opposite charges and always try to maintain minimum length.

9. At ‘Electrical Neutral Point’ the lines of force _______
a) Are absent
b) Coincide with each other
c) Always converge
d) Always diverge
View Answer

10. Two unit positive charges are kept at coordinates (0, 0) and (10, 0). What will be the variation of the electric field with respect to the distance between them?
a) 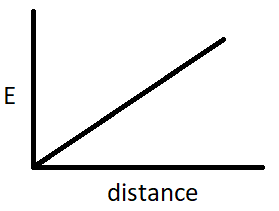 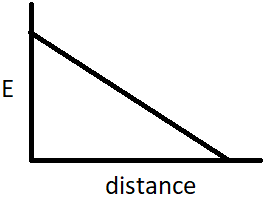 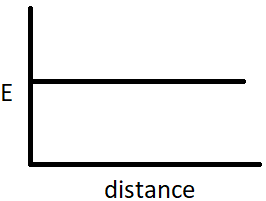 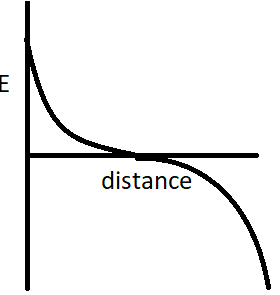 Answer: d
Explanation: Electric field intensity at the midpoint between the two charges must be zero as both of the charges are positive. We also know that field intensity varies inversely with the square of the distance. When we pass through the midpoint, we find that the direction of field changes from positive to negative. The field doesn’t remain constant or keep on increasing or decreasing uniformly. 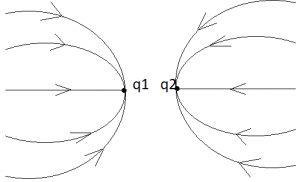 Answer: b
Explanation: From the properties of field lines, we know that field lines head towards a negative charge and go away from positive charge. Therefore from the diagram it is clear that both the charges q1 and q2 are negative as field lines are heading towards both the charges. The midpoint between these two charges will be electric neutral point where there will be no field lines.