Answer: b
Explanation: If the distance of a point charge, kept on the axis of a dipole, is sufficiently large than the separation between the charges of a dipole, then it can be shown that electric field E at a distance r from the dipole varies as E α \(\frac {1}{r^3}\). Now if the distance becomes 2r, electric field intensity will decrease by a factor of 23=8 times. Therefore the force F will now become \(\frac {F}{8}\). 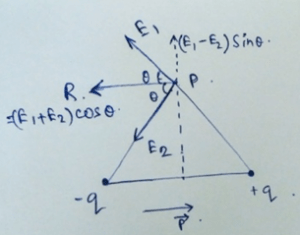 8. An electric dipole is placed inside a cube. What will be the nature of electric flux from the cube surface?
a) Coming out of the surface
b) Coming in towards the surface
c) No flux at all
d) Coming out from one half and coming inwards in another half
View Answer

Answer: c
Explanation: An electric dipole consists of two point charges. The amount of charges is the same but their polarities are different. Therefore the sum of total charges in a dipole is always 0. But flux from a closed surface is related to the total charge inside a surface. As the total charge inside the cube is zero, so there will be no flux coming out or going in towards the surface.

9. Which among the following describes the variation of electric field intensity on the perpendicular bisector of a dipole with distance from the dipole?
a) 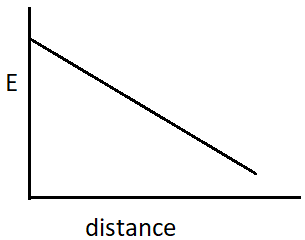 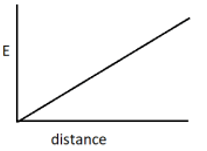 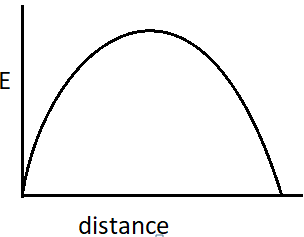 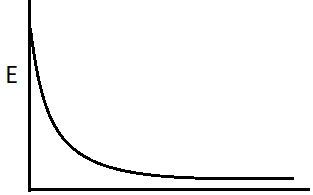 Answer: a
Explanation: If we observe the structure of the CO2 molecule, we will find that the two C=O bonds are not in a straight line due to the presence of lone pair of electron of C atom. Therefore the dipole moments of the two C=O bonds don’t cancel out each other and hence there is a net dipole moment present in case of CO2 molecule. It means the center of positive and negative charge does not coincide in the case of polar molecules.