2. What parameter is used to find the area and perimeter of a polygon?
a) Curve
b) Size
c) Length
d) Angle
View Answer

3. What will be the area of the given figure if the length of one side is 10 cm and the height of the parallelogram is 15 cm? 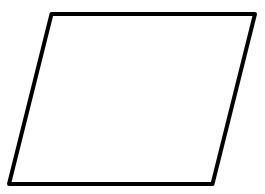 Answer: c
Explanation: The given figure can be divided into two triangles. The total area of the parallelogram will be the sum of the areas of two triangles.

4. A polygon is 3D shape with straight sides.
a) True
b) False
View Answer

Answer: b
Explanation: A polygon is a shape constructed using straight sides. It is encompassed within the boundaries of lines in a regular or irregular manner. But a circle or any other curve does not fall under polygon. It is two dimensional in nature.

6. What is the circle which connects all the vertices of a polygon called?
a) Semi-circle
b) Incircle
c) Outer circle
d) Circumcircle
View Answer

Answer: d
Explanation: A circle which connects all the vertices of the triangle is called as a circumcircle. Whereas, if touches the sides of the polygon internally then it is called as incircle.

7. What is a polygon with 50 sides called as?
a) Pentahexagon
b) Pentagon
c) Pentacontagon
d) Pentacontagion
View Answer

Answer: a
Explanation: The sum of the external angles of a regular polygon is always 360°. When we push all the angles of a convex polygon the angle converges and form a total of 360°. This angle is also called as perigon angle.

9. The circle inscribed inside a polygon is called a circumcircle.
a) False
b) True
View Answer 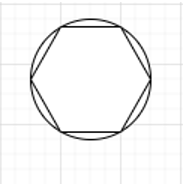 10. The radius of the incircle is the apothem of the polygon.
a) True
b) False
View Answer 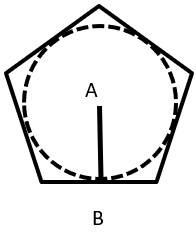