This set of JUnit test focuses on “Test-driven Development”.

Answer: a
Explanation: Structure-based testing techniques use the internal structure of the software to derive test cases.
advertisement

Answer: b
Explanation: White box testing tests the dynamic components of the code including their internal structure.

Answer: c
Explanation: Negative testing tests that invalid inputs do not get passed by the code.

4. A ____________ test is when a valid input is put and some action to be completed in accordance with the specification is expected.
a) Positive
b) Regression
c) Negative
d) Neutral
View Answer

Answer: a
Explanation: Positive testing checks that the correct output is produced for correct inputs.
advertisement

5. Which tools is involved in the automation of regression test?
a) Data tester
b) Boundary tester
c) Capture/Playback
d) Output comparator.
View Answer

Answer: d
Explanation: The Output comparator is a useful feature for seeing exactly what the error is in a test failure.

Answer: b
Explanation: Regression testing looks for unexpected side effects while retesting ensures the original errors are removed.

10. ______________ is normally used to evaluate a product to determine its suitability for intended use and to identify discrepancies.
a) Supervisor Review
b) Technical Review
c) Decision Review
d) Design Review
View Answer

Answer: b
Explanation: Technical Review is often performed as a peer review without management participation.
advertisement 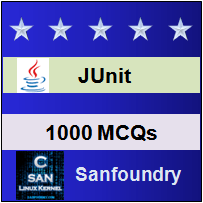