This set of Human Physiology Interview Questions and Answers for freshers focuses on “Exchange of Gases – Control of Respiration & Respiratory Disorders”.

1. Pneumotaxic centre which can moderate the functions of the respiratory rhythm centre is present at ____________
a) Pons
b) Spinal cord
c) Left hemisphere
d) Thalamus
View Answer

Answer: a
Explanation: Pneumotaxic centre is present at pons which is situated in the brain. It helps in the control of respiraton.
advertisement

2. Which of the following is the cofactor of carbonic anhydrase?
a) Zn
b) Fe
c) Mg
d) Cu
View Answer

Answer: a
Explanation: Breathing rate in human is controlled by Medulla oblongata. It is present in the brainstem. It is an important part of the brain.
advertisement
advertisement

6. The respiratory centre sends out nerve impulses to __________
a) Control center in brain
b) Diaphragm and rib cage
c) Carotid and aortic bodies
d) Muscles of the body that regulate the use of oxygen
View Answer

Answer: b
Explanation: The respiratory centre sends out nerve impulses to Diaphragm and rib cage. The diaphragm then expands and relaxes to facilitate breathing.

8. Congestion of lungs in one of the main symptoms in ________
a) Heart failure
b) Angina
c) Hypotension
d) Atherosclerosis
View Answer

9. SARS is ________
a) An acute form of asthma
b) Caused by variant of Corona virus
c) Caused by a variant of Pneumococcus pneumoniae
d) Affects non vegetarians faster
View Answer

Answer: b
Explanation: SARS stands for Severe Acute Respiratory Syndrome. It is caused due to corona virus.
advertisement

Answer: a
Explanation: in Emphysema alveoli at the end of the airways in the lungs are damaged. The sacs become larger and move less oxygen into the blood. Emphysema can be due to genetics also.

11. Ascent of high mountains may cause altitude sickness in men. Prime cause for this is _______
a) Decreased proportion of oxygen in the air
b) Decreased partial pressure of oxygen
c) Decreased efficiency of hemoglobin
d) Excess CO2 in blood
View Answer

Answer: b
Explanation: Altitude sickness is caused due to low availability of oxygen at high altitude. The symptoms are headache, dizziness, nausea, muscle aches.

Answer: b
Explanation: Asthma is a condition in which a person’s airways become inflamed narrow and swell and produce extra mucus which makes difficult to breathe. Due to inhaling seasonal pollens the asthma attack may increase.

13. Which of the following is a disorder in which cell division takes place without any control and causes tumor?
a) Bronchi cancer
b) Bronchioles cancer
c) Lung cancer
d) Emphysema
View Answer

14. Strep throat is a viral infection.
a) True
b) False
View Answer

Answer: b
Explanation: Strep throat is a bacterial infection. It may cause a sore, scratchy throat.

15. Tuberculosis cannot be treated by antibiotics.
a) True
b) False
View Answer

Answer: a
Explanation: Tuberculosis is a bacterial disease that affects the lungs. It can be treated with antibiotics.

To practice all areas of Human Physiology for Interviews, here is complete set of 1000+ Multiple Choice Questions and Answers. 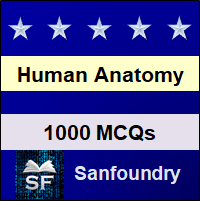