1. The concept of the hydrodynamic boundary layer was first suggested by
a) Isaac Newton
b) Ludwig Prandtl
c) Rodridge
d) Fourier
View Answer

Answer: b
Explanation: It was suggested by Ludwig Prandtl in 1904. This is the thin layer where velocity changes continuously.

2. The free stream undisturbed flow has a uniform velocity U INFINITY in the
a) X-direction
b) Y-direction
c) Z-direction
d) Any direction
View Answer

Answer: a
Explanation: It is in the x-direction only. Particles of fluid adhere to the plate surface as they approach it and the fluid is slowed down considerably.

Answer: c
Explanation: In this layer the flow is rotational and shear stresses are present.
Note: Join free Sanfoundry classes at Telegram or Youtube
advertisement
advertisement

Answer: d
Explanation: All the variation in fluid velocity is concentrated in a comparatively thin layer in immediate vicinity of the plate surface.

5. The pattern of flow in the boundary layer is judged by the
a) Reynolds number
b) Fourier number
c) Peclet number
d) Grashof number
View Answer

6. Consider the diagram given below and identify the correct option 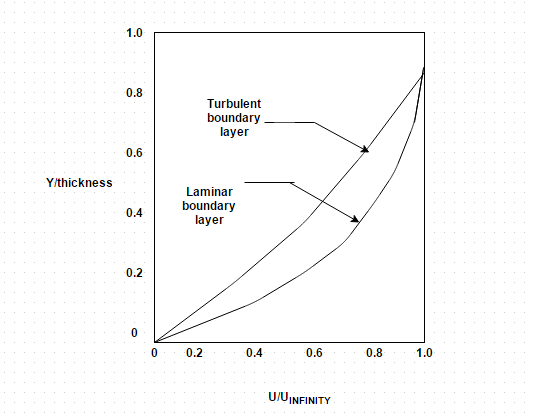 Answer: d
Explanation: Thickness of the boundary layer is limited to the pipe radius because of the flow being within a confined passage.

Answer: b
Explanation: It occurs at a higher value. The pattern of flow in the boundary layer is judged by the Reynolds number, Re = U INFINITYY x/v.

8. The entrance length required for the flow to become fully-developed turbulent flow is dependent on
(i) Surface finish
(ii) Downstream conditions
(iii) Fluid properties
Identify the correct answer
a) ii and iii
b) i and iii
c) i, ii and iii
d) i and ii
View Answer

Answer: d
Explanation: The thickness of the boundary layer is variable along the flow direction.
advertisement

Answer: a
Explanation: Velocity is one per cent of the asymptotic limit. 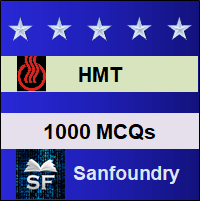