Answer: d
Explanation: In a crystal, when energy is provided, the lattice absorbs energy and gets excited to a higher state. When it de-excites to ground state, it releases radiation in sound-wave region, known as phonons. These waves are quantized.
advertisement

Answer: d
Explanation: The energy of a lattice vibration is quantized which is given by the expression: E = (n + ½)ħω, where w is the angular frequency of the waves.

3. Waves in the wave packets are such that they interfere constructively over a large region of space.
a) True
b) False
View Answer

Answer: b
Explanation: A wave packet consists of a group of waves, each of which have phases and amplitudes such that they interfere constructively over a small region of space where the particle can be located. Outside that region, they interfere destructively.

4. Which of the following is the correct expression for the group velocity?
a) υλ
b) dω/dυ
c) dE/dk
d) dE/ħdk
View Answer

Answer: d
Explanation: The velocity with which the wave packet moves is called the group velocity. It is equal to dω/dk, which can be further simplified to dE/ħdk, as E =ħω.

Answer: d
Explanation: The relation between the phase velocity and the group velocity is given by: vg = vp – λdvp/dλ. Thus, when dvp/dλ = 0, vg = vp.
advertisement

Answer: c
Explanation: The motion of a material/classical particle is equivalent to a group of waves or a wave packet. Such an expression can be derived by using the basic principles of motion.

7. Which of the following is not a characteristic of wave function?
a) Continuous
b) Single valued
c) Differentiable
d) Physically Significant
View Answer

9. Ψ must be normalizable.
a) True
b) False
View Answer

Answer: a
Explanation: Ψ must fo to 0 as x-> infinity, y-> infinity and z -> infinity in order that ∫|Ψ|2 dv all over space be a finite constant. Thus, Ψ must be normalizable.
advertisement

11. The following is a possible wave function. 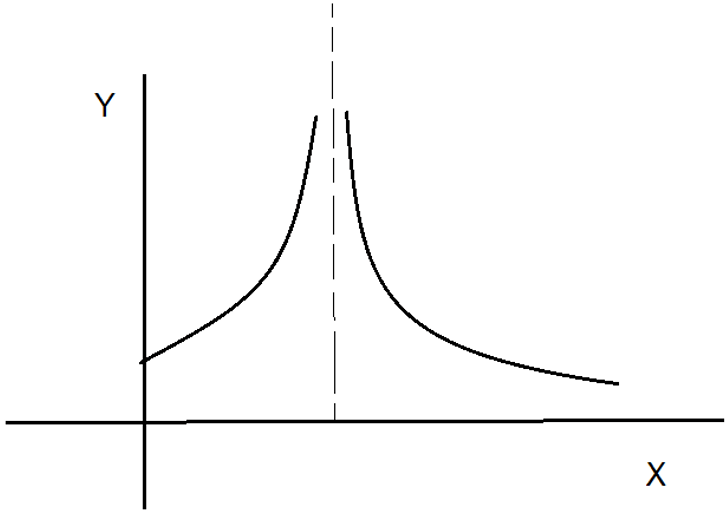 Answer: d
Explanation: We know, E = ħω and P = ħk. Therefore, E/P gives us w/k which is the phase velocity of the wave. Hence, Energy of a wave divided by its momentum gives us phase velocity.
advertisement

Answer: b
Explanation: Out of all the given options, sin x is the only function, that is continuous and single-valued. All the rest of the functions are either discontinuous or double-valued.