Answer: c
Explanation: As the frequency of the incident radiation increases, the kinetic energies of the emitted electron increase as well and therefore requires more repulsive force to be applied to stop them. Thus, the stopping potential increases.
The value of saturation current increases, as the intensity of the incident radiation, increases.
The value of stopping potential decreases, as the frequency decreases.
advertisement

6. Identify the correct order of frequencies. 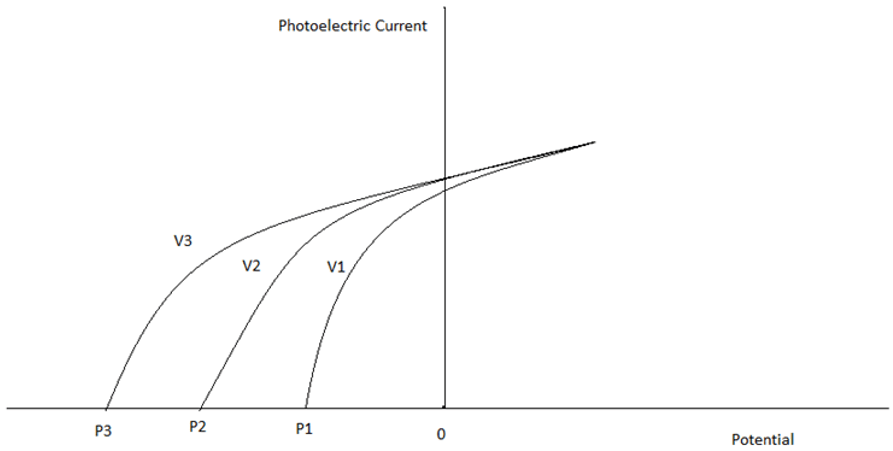 8. Light of wavelength 3500 Å is incident on two metals A and B. Which metal will yield more photoelectrons if their work functions are 5 eV and 2 eV respectively?
a) A
b) B
c) A & B
d) C
View Answer

11. Which of the following gases are filled inside the Photoelectric cells?
a) Carbon Dioxide
b) Nitrogen
c) Neon
d) Oxygen
View Answer

Answer: a
Explanation: The radiation strikes on the photosensitive plate which is used as a cathode. When radiation falls on the plate, photoelectrons are ejected which are accelerated towards charged plate A. This completes the circuit and the current flows.

13. For the photoelectric effect in sodium, the figure shows the plot of cut-off voltage versus frequency of incident radiation. The threshold frequency is __________ 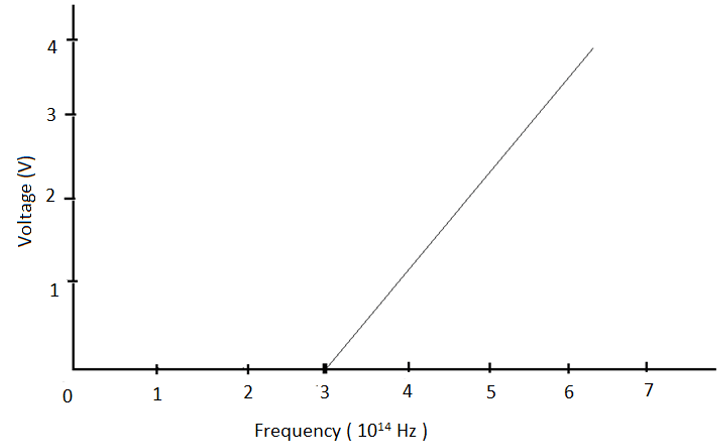