Answer: d
Explanation: Nuclear fusion is the process in which two or more lighter nuclei fuse together to form a single stable and heavy nucleus.
advertisement

Answer: c
Explanation: The fusion reaction takes place under the conditions of extremely high temperature (≈ 107 K) and pressure. This is necessary so that the protons have high enough Kinetic Energy to overcome their mutual repulsion.

Answer: b
Explanation: The two types of thermonuclear reactions that have been proposed into the stars for fusion are the Proton (p-p) cycle and the Carbon-Nitrogen (C-N) cycle.

Answer: c
Explanation: The process is as follows: 2D + 1H -> 3He + Q X 2
The deuteron combines with a proton to yield Helium-3.
Participate in Engineering Physics I Certification Contest of the Month Now!
advertisement

6. In the Carbon-Nitrogen cycle, nitrogen acts as a nuclear catalyst.
a) True
b) False
View Answer

Answer: b
Explanation: In this cycle, carbon acts as a nuclear catalyst. The nitrogen is used as a reactant in the reaction and even a radioactive isotope of Nitrogen is formed.

7. The Q-value for both, the p-p cycle and the C-N cycle is same.
a) True
b) False
View Answer

Answer: a
Explanation: The Q-value for both the cycles turns out to be 26.7 MeV. Both the p-p cycle and the C-N cycle’s net reaction is that four hydrogen atoms fuse together to form a helium atom and 26.7 MeV of energy.
advertisement

8. What would be the effect of a nuclear holocaust?
a) Nuclear Summer
b) Nuclear Spring
c) Nuclear Autumn
d) Nuclear Winter
View Answer

Answer: d
Explanation: It is predicted that in the event of a nuclear holocaust, the radioactive waste will hang like a cloud in the earth’s atmosphere. It will absorb the sun’s radiation resulting in a nuclear winter.

Answer: b
Explanation: The unit used to measure the dose of radiation is roentgen. A single dose of one roentgen is defined to be the radiation that produces 1.6 X 1012 pairs of ions in 1 gm of air.
advertisement

10. What should be the product of this fusion reaction? 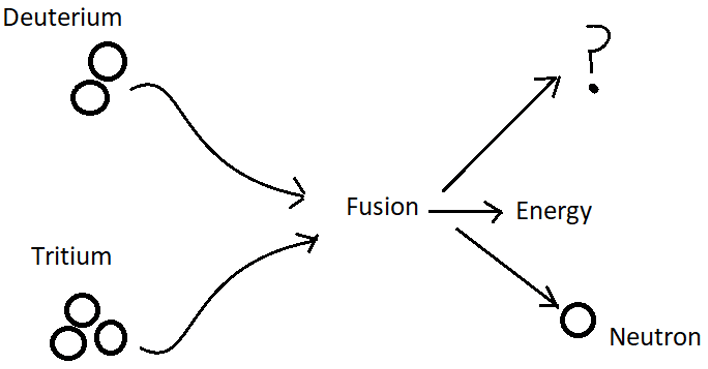