This set of Engineering Physics Objective Questions & Answers focuses on “Diode as a Rectifier”.

Answer: c
Explanation: A full-wave rectifier requires at least 2 diodes. If only one junction diode is used, then the wave would be only half rectified. The two diodes are connected in such a way, that when one diode is forward biased the other would be reverse biased.

2. How does the frequency of the wave changes when the wave has been half-rectified?
a) Doubles
b) Halves
c) One-fourth
d) Remains same
View Answer

3. In a full-wave rectifier, at a certain point of time, what is the biasing of both the diodes?
a) When one is Forward biased, other is Reverse biased
b) Both forward biased
c) Both reverse biased
d) Can’t be predicted
View Answer

Answer: a
Explanation: In the case of a full-wave rectifier, the two diodes are connected such that when one diode is forward biased, the other one would be reverse biased.
Subscribe Now: Engineering Physics II Newsletter | Important Subjects Newsletters

4. After rectifying the wave, the output voltage does not vary.
a) True
b) False
View Answer

Answer: b
Explanation: After a wave has been rectified, the output voltage, though still varying, is restricted to only one direction. The frequency of the wave remains the same.

5. Which device is used to get a steady DC output?
a) Battery
b) Zener Diode
c) Resistor
d) Capacitor
View Answer

Answer: d
Explanation: Though the rectified voltage is unidirectional, it does not have a steady value. To get steady DC output from the pulsating voltage normally a capacitor is connected across the output.
Get Free Certificate of Merit in Engineering Physics II Now!

6. Which of the following is not a use of Rectifier Diode?
a) Voltage Reference
b) Detection signals
c) Voltage regulator
d) LASER diodes
View Answer

7. The rectifier diode is a non-ohmic device.
a) True
b) False
View Answer

Answer: a
Explanation: The current-voltage curve of a rectifier diode is not a straight line. Thus, it does not obey Ohm’s law and is a non-ohmic device.
advertisement

8. How would the following wave be half-wave rectified? 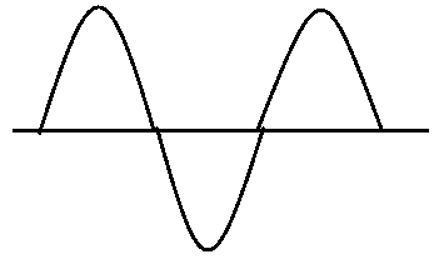 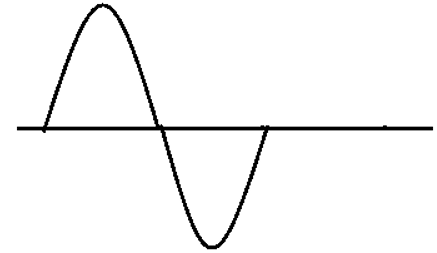 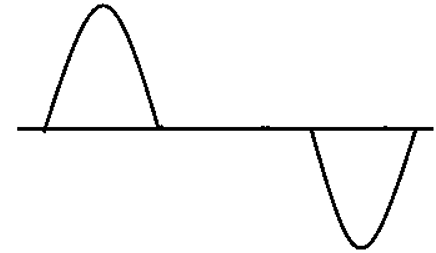 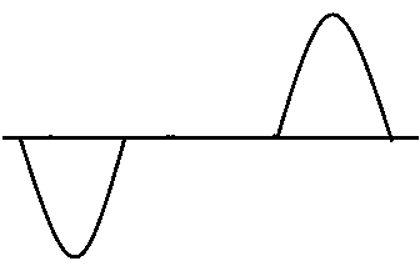 Answer: c
Explanation: When the given wave would be fed into a rectifier, all the output would be restricted to only one direction.

Answer: d
Explanation: The voltage in forward bias condition is low in Schottky diodes. Also, it’s the reverse recovery time is short. Due to these factors, Schottky diodes are used for high frequency rectifying applications.
advertisement

Answer: b
Explanation: When the forward current is large, small diodes generally get overheated and melt. Thus, to prevent that, Power diode is used as it has a larger P-N junction area, resulting in a high forward current capability and reverse blocking voltage.

To practice all objective questions on Engineering Physics, here is complete set of 1000+ Multiple Choice Questions and Answers.