This set of Engineering Physics Questions & Answers for Exams focuses on “Production of Plane Polarised Light”.

2. The second polaroid placed after the ray has been polarized is called as __________
a) Polarizer
b) Analyzer
c) Brewster’s Window
d) Multi Polaroid
View Answer

Answer: c
Explanation: The second polaroid is placed after the ray has already been polarized to analyze whether the ray is polarized completely or not. Thus, it is called the polarizer.

3. An unpolarized light can be polarized by __________
a) Reflection
b) Refraction
c) Diffraction
d) Interference
View Answer

Answer: a
Explanation: An unpolarized light can be polarized by reflection. The extent of polarization depends on the angle of incidence. The reflected light is completely polarized for a specific angle, called the polarizing angle.
Sanfoundry Certification Contest of the Month is Live. 100+ Subjects. Participate Now!
advertisement
advertisement

4. Which of the following is a uniaxial crystal?
a) Borax
b) Mica
c) Quartz
d) Selenite
View Answer

Answer: c
Explanation: Uniaxial crystals are those in which there is only one optic axis. Calcite, quartz, ice are a few examples. Borax, mica, and selenite are biaxial crystals which have two optic axes.

9. The sunlight as received by the observer is __________
a) Unpolarized
b) Partially Polarized
c) Polarized
d) Varying Polarizability
View Answer

10. If ray R1 is incident at the polarizing angle, which of the following rays are unpolarized? 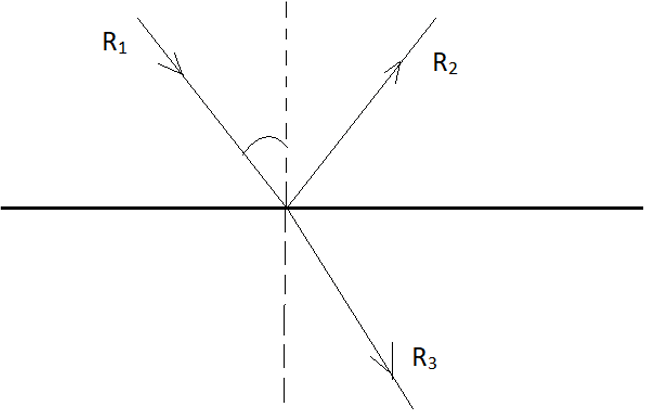 Answer: d
Explanation: The incident ray is incident at an angle 57.5° which is the polarizing angle of the glass. Thus the reflected light is completely plane polarized, while the other two are not.

12. Which of the two rays are polarized? 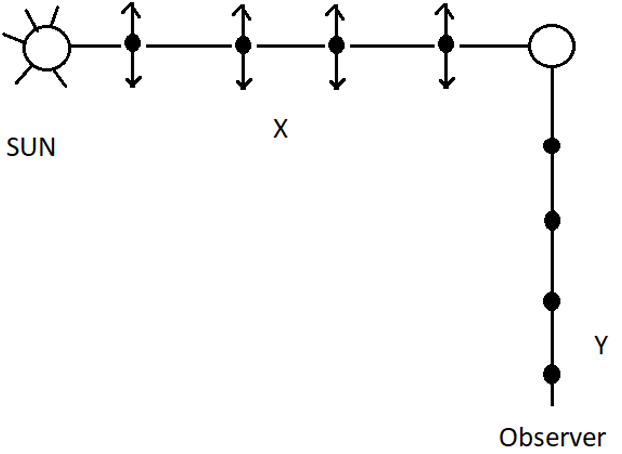 To practice all exam questions on Engineering Physics, here is complete set of 1000+ Multiple Choice Questions and Answers.