This set of Control Systems Questions and Answers focuses on “State Models for Linear Continuous-Time Systems”.

Answer: c
Explanation: Power handling capacity is the capacity of the system where the system can handle very high power and among the given is maximum DC servomotor.
advertisement

Answer: b
Explanation: The control transformer has two parts as stator which is stationary having higher impedance and rotor which was rotatory was cylindrical in shape.

Answer: c
Explanation: Synchro control transformer is amplifier that is used to amplify the error and synchro transmitter is used to detect error.

Answer: a
Explanation: Tachometer is the device that is used to control the speed of motor in the control system and Feedback and effective time constant of the system both are reduced on the gain of the sub-loop.

Answer: c
Explanation: A system with zero initial condition is said to be at rest since there is no stored energy.
advertisement

Answer: a
Explanation: Back emf is the voltage that is generated in absence of the input and in case of DC servomotor tends to improve the stability of the motor.

Answer: c
Explanation: Operating pressure of pneumatic as the control,action is mainly to control the flow of air is more and also no leakage is permitted in hydraulic systems. 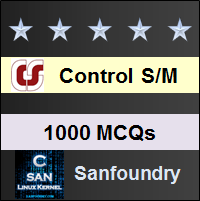