This set of Civil Engineering Drawing Interview Questions and Answers focuses on “Centres of Gravity and Moments of Inertia of Area”.

1. A body consists of numerous particles on which the pull of the earth, i.e. the forces of gravity act. The resultant of these forces acts through point. This point is called the ________ of the body.
a) centroid
b) neutral axis
c) centre of gravity
d) gravity
View Answer

Answer: c
Explanation: A point from which the weight of a body or system may be considered to act. In uniform gravity it is the same as the centre of mass.

2. When an area is symmetrical about both its axes, the centre of gravity will be at the __________ of these axes.
a) linear point
b) different point
c) collinear point
d) point of intersection
View Answer

Answer: d
Explanation: Set the two equations for y equal to each other. Solve for x. This will be the x-coordinate for the point of intersection. Use this x-coordinate and plug it into either of the original equations for the lines and solve for y. 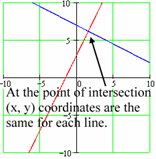 3. For locating the position of the centre of gravity of an area of unsymmetrical shape, it is first divided into a number of ______________ of symmetrical shapes.
a) smaller areas
b) larger areas
c) identical areas
d) same areas
View Answer

4. The sum of the products of the area of its elements and the squares of the perpendicular distances of the centres of gravity of these elements from the axis is called ___________
a) centrifugal force
b) moment of inertia of areas
c) centripetal force
d) centre of gravity
View Answer

Answer: b
Explanation: It is a measure of an object’s resistance to changes to its rotation.
•Also defined as the capacity of a cross-section to resist bending.
•It must be specified with respect to a chosen axis of rotation.
•It is usually quantified in m4 or kgm2.

Answer: a
Explanation: Based on the sliding plane hypothesis of Coulumb earth pressure theory, a new method for calculation of the passive earth pressure of cohesive soil was constructed with Culmann’s graphical construction. The influences of the cohesive force, adhesive force, and the fill surface form were considered in this method.
Take Civil Engineering Drawing Practice Tests - Chapterwise!
Start the Test Now: Chapter 1, 2, 3, 4, 5, 6, 7, 8, 9, 10

6. The unit of moment of inertia will be in ______
a) Length*distance2
b) Area2*length
c) Area*distance3
d) kilogram metre squared
View Answer

Answer: d
Explanation: The amount of torque needed to cause any given angular acceleration (the rate of change in angular velocity) is proportional to the moment of inertia of the body. Moment of inertia may be expressed in units of kilogram metre squared (kg. m2) in SI units and pound-square feet (lb. ft2) in imperial or US units.

7. In case of an area, the figure is assumed to be a lamina of negligible thickness so that its centre of gravity will be practically on the surface. As the area has no weight this point is also called the ______
a) Moment of inertia of areas
b) Centre of gravity
c) Centroid
d) Neutral axis
View Answer

Answer: c
Explanation: In mathematics and physic, the centroid or geometric center of a plane figure is the arithmetic mean (“average”) position of all the points in the shape. The definition extends to any object in n-dimensional space: its centroid is the mean position of all the points in all of the coordinate directions. Informally, it is the point at which a cut out of the shape could be perfectly balanced on the tip of a pin.
advertisement

Answer: b
Explanation: Place the rod on the x-axis, one end at the origin so that ρ = kx2,

where a is the length of the rod.

To practice all areas of Civil Engineering Drawing for Interviews, here is complete set of 1000+ Multiple Choice Questions and Answers.