Heap Sort in C is a comparison-based efficient sorting algorithm. It is based on a Binary Heap data structure. To understand the heap sort, we first need to know some basic terminologies related to the heap sort.

In a Binary tree data structure, every element contains at most two children. Given diagram shows the binary tree. 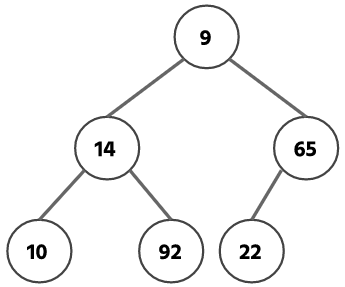 A binary heap is a complete binary tree in which the elements are stored in such a way that the parent node is greater or smaller than its children nodes. It is classified into two types: max-heap and min-heap.

Max Heap
In the max-heap, the parent node has a greater value than the children nodes. 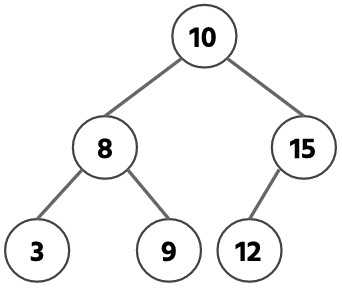 Min Heap
In the min heap, the parent node contains a smaller value than its children nodes. 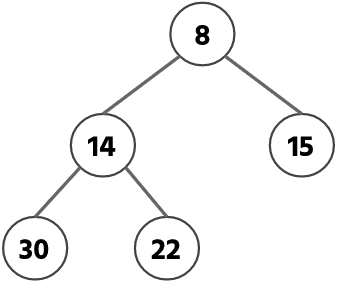 What is Heapify?
Heapify is the process to make the heap data structure using the binary tree. It is also used when the root node is deleted from the heap. It again rebuilds the tree which follows the condition of the heap.

Write a C program to sort the array using the heap sort and display the sorted array.

There are some operations that are needed to implement the heap sort. Here we have an array of integers that is needed to sort. We will use an array-based representation of the binary heap. In this representation, if the parent node is stored at the index i then its left child will be at 2*i + 1 and right child at 2*i + 2.

Following are the steps that should follow to implement the heap sort.

Here is the source code to implement heap sort in C. Heap is built using array representation. The C program is successfully compiled and run on a Linux system. The program output is also shown below.

Let’s understand the Heap Sort Program in C by the given steps:
1. Print the unsorted array.
2. Creating the binary heap of the array.
3. Start iteration from the last leaf node of the heap to the root node.
4. Each iteration swaps the root node with the last leaf node and then calls the heapify operation to rearrange the heap.
5. On heapify operation, swap the larger children element with the root node if the root is smaller than the child.
6. Print the sorted array.

Now, let’s understand the working of the heap sort algorithm with the diagram.

Here we are performing basically two types of operations:

Let’s take an example of an unsorted array that has 8 elements.

Initially, we must construct the max heap from the given array of elements.

Now the given array will be changed and it is max-heap. Now the array looks like this:

The task is to delete the root node which is 63. To delete this node, we have to swap this node with leaf node 10 and remove the leaf node. After swapping we have to perform a heapify operation again.

Now the array is changed, and 63 is stored at the end of the list.

After swapping the root node and leaf node, the array of elements is changed:

Now the array with be changed after the deletion process:

After deletion of the root node and swapping, the array is changed:

Now the array is changed after the deletion of the root and leaf node.

Now the array is changed after the swapping operation:

After removing the root node, the array is changed:

In this step, we have to delete the root node. Since there is only one node that remains, after deleting it, the heap will be empty.

Now the final sorted array is given below.

Space Complexity: O(1)
Since we are not using extra space to sort the list using heap sort. So space is constant.

To practice programs on every topic in C, please visit “Programming Examples in C”, “Data Structures in C” and “Algorithms in C”.