1. Which software is used to upload the Arduino Sketches to the board?
a) avrdude
b) avrgcc
c) g++
d) cpython for windows
View Answer

2. What is the name for the characters ‘-p’ given in the command below?

Answer: c
Explanation: The character that is being referred here is called a flag. It is basically like a condition or argument that needs to be fulfilled by the program which is to be invoked with the help of the command that the user enters, followed by the actual parameters of that command. Here the flag “p” suggests the explicit mention of the type of the target device.

Answer: d
Explanation: The dmesg command is used for displaying any messages like errors or warnings that a device might have issued to the system. It can give us 3 things; the time, i.e. the time after startup when the message was generated, the device name, and the message text or message content.

5. What are the missing labels in the diagram given below? 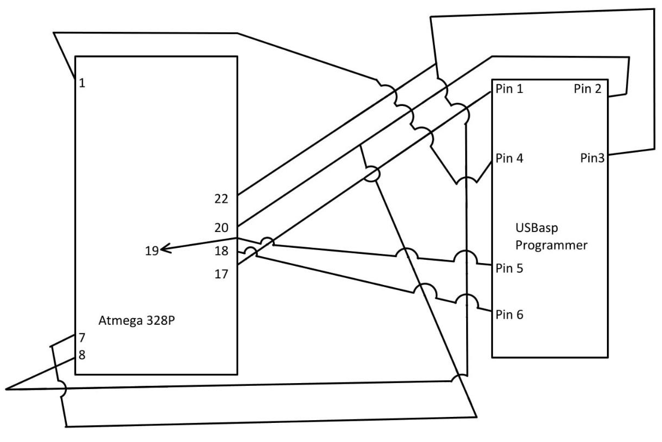 Answer: d
Explanation: The MOSI and MISO pins are a part of the SPI (Serial Peripheral Interface) for transferring data over short distances. It is a form of Synchronous Serial Communication. These pins commit hex data from the computer to the EEPROM and flash memory of the microcontroller.

Answer: c
Explanation: The Independent Slave Configuration is a type of SPI configuration where each slave is a separate chip and the master device talks to one chip at a time.
The setup is given below…

9. What is the recipe for compiling Assembly Source Code in the Arduino IDE?
a) recipe.S.o.pattern
b) recipe.A.n.pattern
c) recipe.S.b.pattern
d) recipe.S.i.pattern
View Answer

10. What is the purpose of the code given below?

Answer: b
Explanation: Avrdude is the name of the software that is used by the Arduino IDE to upload the hex files to the AVR Based microcontrollers. This line of code given above sets the tool name that is to be used for uploading the hex files that are generated after compilation of the Arduino source code. 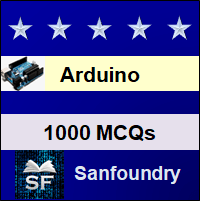